Republican voters are split over whether Kevin McCarthy would boldly stand up for their views in a GOP-led Congress but an immigration expert insists the lawmaker would demand a secure border and a crackdown on illegal immigration if he is elected Speaker of the House early next year.

The midterm elections are expected to swing control of the U.S. House to the Republican Party, flipping the legislative power to the GOP for the first time since 2018.That year Republicans lost a whopping 42 seats, surrendering control of the House during Donald Trump’s second year in office.

Two months later, Nancy Pelosi was elected Speaker of the House when lawmakers convened for the 117th Congress.

As of now, two weeks before Election Day, Democrats have a narrow edge over Republican seats, 221-212, but pollsters predict voter anger over gas prices, inflation, crime and immigration will put GOP candidates in office and send Democrat lawmakers home. 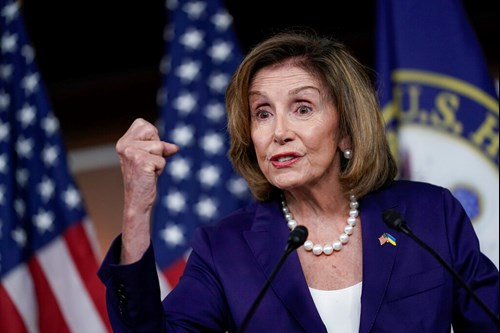 If the polls prove true and McCarthy is voted House Speaker by a new Congress, AFN reported in September the current Minority Leader unveiled a “Commitment of America” that promises to address law and order, education, and the economy by hiring more police officers and cracking down on criminal-defending prosecutors; improving U.S. energy independence and the supply chain; and expanding school choice, among other promises.

On the issue of illegal immigration, McCarthy told news website Punchbowl News last week the GOP will not compromise with Democrats on a "pathway" to citizenship for illegals. The story complained McCarthy had taken a "very hard line" because Democrats have promised stronger border security for Republican votes on citizenship. That hand-shaking compromise is not possible now, the Minority Leader said.

"I believe Biden has destroyed our border so badly. You can’t tie the two," McCarthy told the news website. "You’ve got to just go fix the border to start out before you can deal with immigration."

Immigration expert Art Arthur, a resident fellow at the Center for Immigration Studies, tells AFN he is confident a future Speaker McCarthy will use the Speaker’s authority much better than Paul Ryan, the previous GOP Speaker.

“Now I can certainly understand a lot of Republicans, and a lot of independents out there, are concerned that they're not going to see a lot of immigration enforcement,” Arthur concedes. “We're actually going to see that power of the purse being used by Kevin McCarthy."

McCarthy, who is 57, has served as a loyal lieutenant for former GOP speakers John Boehner and Paul Ryan, where he served as Majority Leader and Majority Whip in the past. 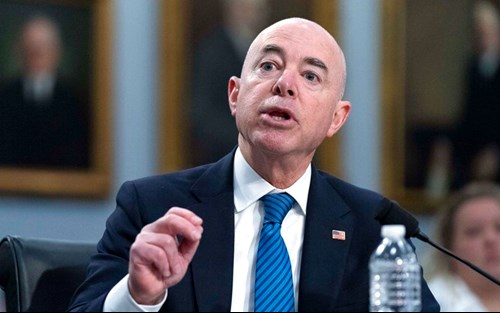 Arthur emphasizes McCarthy and the “power of the purse” because the House of Representatives controls the annual budgets for the federal government, including the Department of Homeland Security that oversees immigration and border enforcement.

Homeland Security is currently led by Alejandro Mayorkas (pictured at right), who has repeatedly said with a straight face the U.S. border is “closed” and “secure,” despite record numbers of illegals being apprehended by Border Patrol agents.

Thanks to a Freedom of Information Act request, Mayorkas was also recently outed for lying about horse-mounted Border Patrol agents whipping border crossers with their reins, AFN reported.

With a GOP majority in charge, Arthur says, Republican lawmakers will be a better position to get answers to questions they are demanding and have been demanding for two years.

President Biden's continued release of more oil from the Strategic Petroleum Reserve (SPR) isn't garnering the positive reaction the administration had hoped for. In contrast, it appears to be adding fuel for critics' arguments against his energy policies.