Subscribe
Polls predict Pelosi out but McCarthy criticized for 'Commitment'

Polls predict Pelosi out but McCarthy criticized for 'Commitment'

A longtime political analyst says the legislative plan unveiled last week by House Minority Leader Kevin McCarthy is a promising start – but pretty much nothing more than that – considering it is likely Republicans will take control of the House after the midterm elections.

AFN reported last week that McCarthy and GOP leaders unveiled a “Commitment to America” that promises to deliver “an economy that's strong, a nation that's safe, a future that's built on freedom, and a government that's accountable.”

According to a Washington Times story about the “Commitment” plans, the GOP midterm agenda addresses law and order, education, and the economy by hiring more police officers and cracking down on criminal-defending prosecutors; improving U.S. energy independence and the supply chain; and expanding school choice, among other promises. 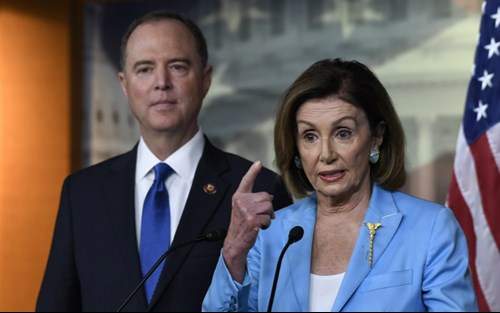 McCarthy’s vision mirrors the “Contract with America” legislative agenda that Newt Gingrich and Dick Armey unveiled in 1994 during Bill Clinton’s first term. During that midterm election, the Republican Party flipped both chambers after the GOP won 54 House seats and nine Senate seats.

Gingrich was elected Speaker of the House and became Clinton's main foe on Capitol Hill, a job that would fall to McCarthy if poll predictions prove true.

According to numerous political analysts, such as the Cook Political Report and FiveThirtyEight, the Republican Party could win control of both the House and Senate in the midterm elections. Of those two, however, a flip in the House is more likely while Democrats hang on to the Senate by a couple of seats.

Dr. Charles Dunn, professor emeritus of government at Clemson University, tells AFN the new version of the 1994 agenda “has a ways to go” before the American people are confident in McCarthy and in a GOP majority.

“It doesn't have the strength of character and presentation that the Gingrich one had,” Dunn advises. “It's good for starters but it's not good for sealing the deal on the game for the Republican Party."

A flip in the House means Speaker Nancy Pelosi will lose her powerful job, which would put McCarthy in line to succeed her if Republican lawmakers back him when lawmakers convene in January 2023.

Going back to 2014, McCarthy has served as a loyal lieutenant for former GOP speakers John Boehner and Paul Ryan, where he has served as Majority Leader and Majority Whip in the past.

Responding to the "Commitment" agenda, Ohio-based conservative activist Tom Zawistowski tells AFN he was frustrated about McCarthy's reaction to the hiring of 87,000 new IRS agents. The GOP leader has promised to introduce and pass a bill to repeal their hiring, which the activist dismisses as feel-good election pandering.

"They don't need to introduce a bill to get rid of that," Zawistowski says, referring to the House of Representative's authority over funding and agency budgets. "They simply need to take it out of the budget."

If the polls prove true and the GOP wins the House, he predicts Republican lawmakers will learn the voters who sent them there don't want business as usual on Capitol Hill.

A Canadian pro-family advocate believes Justin Trudeau's recent behavior in London could further erode support for his party back home.