A Republican primary in Pennsylvania seems to be dominating the news, and justifiably so considering the last-minute drama unfolding there, but that race is only one of several being decided by voters today.

According to a Politico story, there are seven must-watch U.S. Senate races on state ballots that will help decide who holds the Senate. Several of those primary races are spread across the summer, such as races in Nevada and in Wisconsin, and even into early fall in New Hampshire, but the Pennsylvania race for a Republican nominee is the one to watch when polls close today, the article suggests. 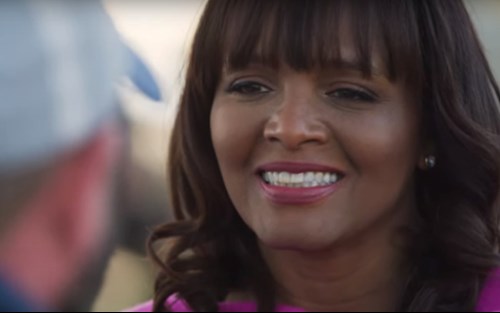 The U.S. Senate is currently split 50-50, with Majority Leader Chuck Schumer overseeing a razor-thin hold on power for Democrats, so Republicans need to flip only one seat in November to flip power back to Minority Leader Mitch McConnell.

AFN has reported on the late-blooming campaign of Kathy Barnette, who leaped ahead of rival David McCormick in polling numbers that show her in a statistical tie with favored candidate Mehmet Oz, the TV celebrity doctor who was endorsed by Donald Trump.

According to political analysts, the primary is a must-watch race for numerous reasons. One is to gauge Trump’s influence on the party after he endorsed Oz, the liberal candidate in the race, and warned GOP voters Barnette can’t win the General Election.

Tonight’s outcome will also test the effectiveness of a grassroots campaign that was walloped with last-minute political hits from Barnette’s opponents and even from Sean Hannity at Fox News.

Barnette has also publicly said she will not support McConnell for Majority Leader if the GOP wins back that political body, a vow that makes her an enemy of the powerful senator from Kentucky.

Along with the Pennsylvania primary, other political races to watch closely today are in Kentucky, Oregon, North, Carolina and Idaho, according to The Associated Press.

In the North Carolina race for a U.S. Senate seat, Trump-backed candidate Ted Budd is favored to defeat a whopping 14 primary candidates to be the GOP nominee. Those rivals include former governor Pat McCrory.

In that primary race, Budd is rated “conservative” and McCrory is rated “moderate” by IVoterGuide, says Rob Chambers of AFA Action.

“I don’t know what causes Trump to endorse a particular candidate or not,” Chambers says, “but in this case it looks like he’s on the winning side of this election in North Carolina.”

Despite the late-breaking controversies swirling around Barnette, Diane Gramley of American Family Association of Pennsylvania tells AFN she still supports Barnette over Oz and the other candidates on the ballot.

“My gut feeling,” Gramley says, “is there is still a lot of enthusiasm on the ground for Kathy Barnette, and there’s not enthusiasm for Oz.”

Taxpayer watchdogs are not happy with news that the House representatives are giving staff Peloton memberships.