Late-surging U.S. Senate candidate Kathy Barnette is being criticized by her opponents and their allies just days before the Republican primary in Pennsylvania.

The political knives have come out in Pennsylvania, and on Fox News, for late-surging U.S. Senate candidate Kathy Barnette who is being ripped by her primary opponents and their allies with just days to go before the primary election.

AFN reported this week polls show Barnette is running just two points behind frontrunner Dr. Mehmet Oz. That achievement has put a political target on her back, especially when one poll suggested 25% of GOP voters were undecided in a primary that is just days away.

On his Fox News show Thursday night, Oz backer Sean Hannity told his audience the frontrunner is likely to win in the General Election if he wins the primary as expected. That win in November would keep the “must-hold” Senate seat in GOP hands, Hannity said, but Barnette puts the seat in jeopardy because of controversies surrounding her, including social media posts that criticize homosexuals and Muslims, and even Donald Trump.

“Let me be clear: Just because I and many others find her unelectable, doesn't mean I want Kathy Barnette cancelled,” Hannity insisted. “That's what the Left does.”

Yet the Fox New host and many others, including Oz endorser Donald Trump, are trying to wreck Barnette’s candidacy the weekend before voters choose their Republican candidate.

Barnette, Trump said, likely referring to her tweets, “has said many things in her past which have not been properly explained or vetted.” 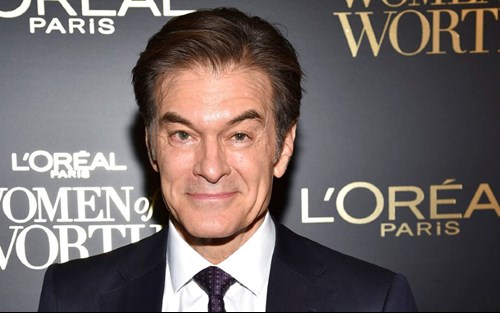 “The fact is that the establishment does not like when regular people rise up and try to run for office,” Barnette said in response to the last-minute controversies. "They don’t like when people like you and me have the chance to actually make real change. They’re scared and they should be. The status quo is dying.”

It appears Barnette’s last-minute surge caught both her opponents and her supporters off guard, and both camps are fighting furiously to discredit her or to defend her the weekend before Election Day.

It appears from the Breitbart story that Matt Wolking, a Republican strategist working for the McCormick campaign, uncovered Barnett’s differing accounts of her 2016 voting.

It is unclear from the story if her differing stories was known for weeks, and was timed for a last-minute hit job, or if political operatives belatedly went digging for dirt when Barnette passed McCormick in the polls.

Barnette supporter Diane Gramley, who has publicly praised her in numerous interviews with AFN, says the critics are wrong about Barnette. Gramley leads the American Family Association of Pennsylvania.

Media outlets report Barnette has spent less than $2 million in her campaign while Oz and candidate Dave McCormick have spent a combined $18 million – from their own personal fortunes – to win the primary. Oz has amassed a small fortune as a celebrity surgeon and Oprah Winfrey pal while McCormick is the CEO of the world’s largest hedge fund.

Barnette, 50, is a Fox News contributor, author, and a U.S. Army veteran.

Message to unhinged, violent leftists: 'We will never, ever back down'

Authorities in the nation’s capital are investigating a man who vandalized the headquarters of a conservative group, but the leader of the group says the conservative, pro-life movement will not be intimidated by violence and threats.