A former federal immigration agent argues that under Joe Biden and his administration, America's immigration policy has morphed from a system of laws into a massive human trafficking operation.

Immigration laws are having essentially no effect on President Joe Biden's open-border policies. As illegals continue to flood the United States, it's becoming quite apparent that actual sections of U.S. law are be ignored. As the House Freedom Caucus heard in testimony last week from Todd Bensman with the Center for Immigration Studies:

Bensman: "What has happened to the southern border is not only history-making in scope but portends lasting, long-term second-, third-, and fourth-order implications for American citizens …. I can confidently report that there is but one root cause that they – the immigrating foreign nationals – most often cite for coming now: It is only that President Joe Biden opened the American southern border wide to them."

Michael Cutler – a retired senior special agent with the former Immigration and Naturalization Service (INS) – agrees, telling American Family News he could have never imagined the U.S. government becoming "so anti-American in its immigration policies and as supportive of open borders as it's become."

For example, in hopes of clawing back millions of dollars set aside for constructing an 86-mile section of the border wall, the Biden administration is asking for public comment and suggestions in what's viewed by many as a delaying tactic. According to Border Report, "environmentalists and the South Texas community can now tell U.S. Customs and Border Protection whether they want additional border wall to be built, or alternative infrastructure put on the border, and any concerns they might have."

With this sort of thinking, Cutler says it has become incredibly important to identify the purpose of the border wall. The former federal agent explains the purpose is "to funnel all traffic – people and commerce – through ports of entry so that everyone and everything can be vetted, and a record of entry can be created."

Summing up the wall's purpose in three words, he says: "It prevents trespass." 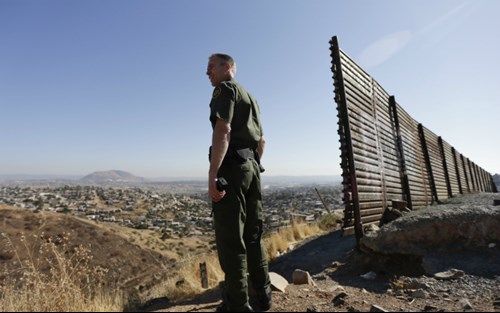 The border wall was "never about stopping entry" across the southern border, Cutler continues. "It's about having an orderly system to prevent people from entering the country who pose a threat to public safety, public health, and national security," he argues.

Cutler points to Title VIII U.S. Code Section 1182, which enumerates the categories of aliens who are not to be admitted into the United States.

"There's not a single word about race, religion, or ethnicity [in the code]," he notes. "It's all about aliens who have dangerous diseases or those who are mentally ill, criminals, terrorists, spies, human rights violators, human traffickers, or drug smugglers."

And that, he says, begs the question: "Why in the world would anyone object to being careful that the United States doesn't let people into the country who could, or want, to hurt [it's citizens]?"

President can act, but not ignore

According to the U.S. Department of Homeland Security, a record two-million illegal immigrants crossed America's southern border in 2021. Clearly, says Cutler, immigration laws are being ignored as they relate to securing the border.

"Immigration laws give the president ultimate authority, at his discretion, to block the entry of any alien," the retired INS official explains. "They don't have to have Ebola, nor do they have to be terrorists – but anyone the president considers detrimental [can be blocked] from entering the country."

That said, however, "there is absolutely no authority for the president to ignore immigration laws," he adds.

Cutler recalls the media-labeled "Muslim ban" enacted under former President Donald Trump, pointing out that it was used against citizens from seven specific countries.

"Truth be told," he says, "[Trump] didn't include Indonesia, Pakistan, or India – the most populous Muslim-majority countries – because it was all about aliens who couldn't be vetted." 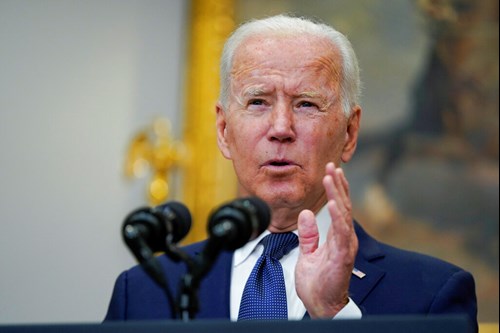 Under Biden's leadership, Cutler argues that "immigration has gone from a system of laws that protect America and Americans to a system that is providing an unlimited supply of foreign nationals into the country."

"While the government focuses on its own citizens and domestic terrorism," he says, "[the Biden administration] has turned Border Patrol into the final stage of a massive human trafficking operation.

"It's quite interesting when you pair that with Title VIII, U.S. Code Section 1324, as it deals with the smuggling, harboring, shielding, aiding, abetting, inducing, encouraging, transporting of aliens."

So, Cutler wonders if the Biden administration – or anyone – is going to be held accountable. If it does happen, he contends it will be because voters started confronting politicians about their actions and policies and asking how they benefit the average American family.

Some Chinese companies, particularly those directly controlled by the Communist Party-controlled regime, continue to eavesdrop and watch the flow of data between U.S. users of their products.