Illegal immigrants are crossing into the U.S. from Mexico at unprecedented levels. A proponent of legal immigration says it's all part of a Democratic plan to "conquer" America.

According to the U.S. Department of Homeland Security, a record two million illegal immigrants crossed America's southern border in 2021. "Secretive, dark-of-night flights" are also transporting illegal immigrants across the country – and drug seizures are at an all-time high.

American Family News spoke to William Gheen, president of Americans for Legal Immigration PAC (ALIPAC), about the nation-altering flood of illegals into the country. The border, he says "is wide open – and the Biden administration has done nothing more than engage a form of criminal human trafficking."

According to Gheen, the administration's inaction reflects a form of partisan political activism.

"Many of those illegals will be headed to the ballot box to vote Democrat in the midterm election," he predicts. "It is a felony for an illegal immigrant to register to vote and another felony for them to cast a ballot, [but] there are no safeguards in place in most states to prevent it from happening."

As a result, the immigration expert argues the Democratic Party will try to take advantage of this in an attempt to "conquer [several states] with an army of illegal alien voters."

In fact, Democrats – for many years and at several levels – have been pushing legislation that would allow illegal aliens to vote. One of the more recent examples occurred in New York City, where a new law grants widespread municipal voting rights to noncitizens. NYC's Democratic mayor, Eric Adams, allowed that measure to automatically kick in 30 days after it was approved by the city council. And on the other side of the country, Democrat-dominated San Francisco will be allowing noncitizens to vote in a school board recall election later this month. 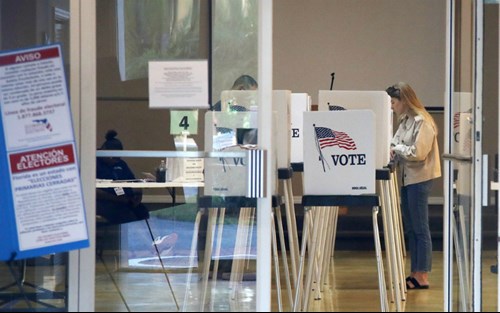 Gheen says it is imperative for voters who oppose open borders and illegal immigration to "charge into the 2022 [midterm] elections" – which, he contends, will be "America's last chance to peacefully and politically save the country."

"The United States has been at war and most American citizens are completely unaware," the ALIPAC president continues. "The country is nearing the point of no return."

In addition, Gheen says, conservatives have found themselves up against "more illegals and noncitizens voting than ever before [and] a rampant increase in liberal Democrat skullduggery in most major cities." (See examples mentioned above)

And compounding the challenge, "[the country] has lost access to some of the best radio resources, [and] Big Tech censorship is more powerful than ever," he notes. Platforms like Facebook, Google, and Twitter, he adds, "will be doing everything they can to stop America's patriots with their armies of foreign labor.

"The American people have to stand up and fight back against this liberal agenda."

Deal or no deal, Israel's strategy re: Iran will not waver

History has shown that attempts to curb Iran's nuclear capabilities have been ineffective. But Israel, says a Middle East expert, is more than prepared to continue its two-pronged stand against the threat.