Some Chinese companies, particularly those directly controlled by the Communist Party-controlled regime, continue to eavesdrop and watch the flow of data between U.S. users of their products.

Last year, President Joe Biden signed the Secure Equipment Act into law which prevents Chinese firms such as Huawei and ZTE from receiving new equipment licenses from the Federal Communications Commission (FCC). The new legislation has been enacted to stifle their threat to national security.

John Lenkart, a retired FBI senior executive, tells American Family News he expects some Chinese companies, perhaps those not even connected to Huawei or ZTE, will be seeking a way to skirt U.S. regulations. Lenkart, who was once responsible for the counterintelligence threats posed by Chinese telecom companies, says the Chinese regime has long-desired the ability to execute operations in the United States and Chinese companies have often been a means to that end.

He contends that “some Chinese companies have — and will continue to — set up U.S. companies with the stated position of not having any business ties to China outside of passive investment or contractual payments.” And it’s these types of companies that could use a U.S. company as a “sales arm,” he explains, “[but] control of the technology and network would remain under the control of the Chinese firm — ergo the Communist regime.”

Multi-national companies, like Chinese companies, will partner with a U.S. distributor to have a presence in the United States, he explains. “They’ll either outright sell the Chinese gear or they’ll white label it,” he indicates.

What that means, the FBI veteran explains, is that it will have an American company’s name on the “shell” but, inside, it’s “actually another kind of device — perhaps, Huawei or something of the sort.” 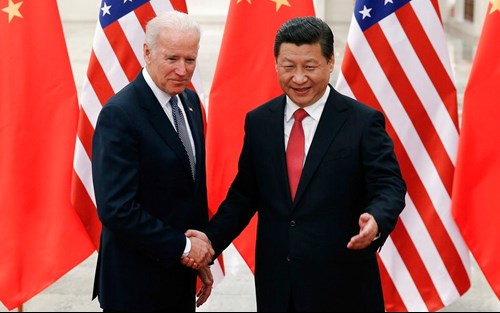 White labeling itself, he admits, is not illegal, as U.S. firms also do the same.

“[However], the difference comes in the underlying agreements of how that equipment is maintained and operated,” he warns. “The Chinese regime could use this to their advantage, like collecting data they shouldn’t be collecting.”

In a similar vein, consider the mandatory smartphone app that athletes and others will use to report health and travel data while competing in China for the Olympics, he says.

“On the surface it’s about tracking COVID, but once such an app is pulled apart, it’s essentially a hot mic,” he reveals.

According to a report by Citizen Lab, Lenkart is correct. For example, there is a “devastating flaw where encryption protecting users’ voice audio and file transfers can be trivially sidestepped.”

Dangers like this extend beyond the civilian use of a device or an app that’s ultimately controlled by the Chinese regime, Lenkart notes. The U.S. military has, in the past, risked exposure and the current threat to national security cannot be ignored.

“Even if a device is encrypted,” Lenkart says, “the Chinese regime can use its technology to identify patterns of communication, for example.”

And according to the counterintelligence expert, “this info could help identify U.S. strategic intent even if they can’t see the contents.”

A military analyst says the leaders of both Russia and China see an opportunity for conquest with Joe Biden in the White House. But the current Olympic games, he says, are interfering with that plan.