Subscribe
Deal or no deal, Israel's strategy re: Iran will not waver

Deal or no deal, Israel's strategy re: Iran will not waver

History has shown that attempts to curb Iran's nuclear capabilities have been ineffective. But Israel, says a Middle East expert, is more than prepared to continue its two-pronged stand against the threat.

As the potential for a revived Iran nuclear deal pauses for consultations and "political decisions," Israel has sent a strong message regarding its outcome. "The Israeli strategy [to combat Iranian aggression] doesn't depend on whether there's an agreement or not," said Israeli Prime Minister Naftali Bennett – making it clear that even if a deal is made to return to the 2015 Joint Comprehensive Plan of Action, Israel would not be committed to it.

Dr. David Wurmser is a senior analyst and director of the Project on Global anti-Semitism and the U.S.-Israel Relationship at the Center for Security Policy. He tells American Family News that Israel has chosen two paths to defend itself against Iran's advancing nuclear threat – one overt, the other in the shadows.

According to the senior analyst, Israel has been waging "an effective shadow war" for many years. He cites last year's attack against Iran's Natanz nuclear site as one example. Iranian officials blamed Israel for that attack, which Iran says resulted in "thousands of centrifuges" being destroyed. In a second example, Israeli spies previously obtained a trove of nuclear secrets from inside Iran which revealed that the Western Asian country has long-refused to slow the build-up of its nuclear program.

"[For the last 12 to 18 months], the United States has been trying to convince Israel that this shadow warfare against the nuclear program is actually obstructing their ability to come to an agreement with Iran," says Wurmser. The United States, he notes, continues to suggest that Israel's actions "are stopping the nuclear deal and advancing the march toward a nuclear bomb."

While he argues that's a "short-sighted" view, Wurmser says for the Israelis "it's precisely these kinds of actions in the shadows that have worked so effectively [to deter Iran's nuclear program]."

Outside of the shadows, Wurmser indicates Israel is fully prepared for "a campaign of strikes [that would] overtly strike hard at the core of Iran's nuclear program to wipe it out as effectively as possible." With this kind of kinetic action, "there would no longer be the chance of plausible deniability," he adds. 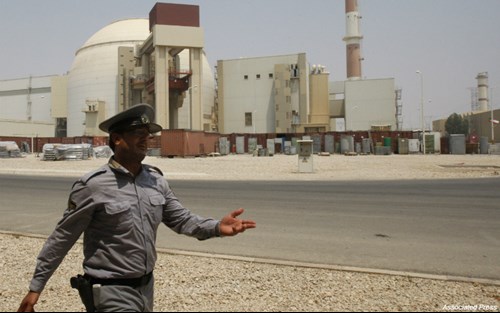 The problem is … Iran cheats

Despite the nuclear talks in Vienna, the analyst doesn't see an end to Iran's nuclear threat against Israel, the United States, and allies in the foreseeable future. Why? "The Iranians cheat," he says, labeling that as Israel's primary concern about the nuclear deal.

"They've always maintained hidden programs," Wurmser admits, adding that the Iranian government will do all it can to avoid sanctions. "Iranians need money to advance their nuclear program, build a vast arsenal of missiles and drones, and build their presence across the region," he points out.

The U.S. pulled out of the Joint Comprehensive Plan of Action in 2018 under then-President Donald Trump and reimposed heavy sanctions on Iran. Tehran has responded by increasing the purity and amounts of uranium it enriches and stockpiles, in breach of the accord. President Joe Biden has signaled that he wants to rejoin the deal, which is still supported by Russia, England, Germany, France, and China.

A conservative military watchdog is calling a group of Democratic lawmakers to task for demanding that President Joe Biden impose draconian environmental emissions restrictions on the military.