An undated photo released by the Arizona office of the DEA showing some of the 1.1 million fentanyl pills that were seized in the state in 2019. These pills, made to mimic oxycodone M-30 tablets, were largely manufactured south of the border and smuggled into the U.S. by drug cartels. (Drug Enforcement Administration via AP)

"A lot of talk, but no action" coming from the Biden administration in the battle against a deluge of synthetic drugs coming across the southern border has not only resulted in a booming business for Mexican cartels, but also the exit of experienced but demoralized law enforcers.

The cartels have recognized the massive profits associated with the manufacture and distribution of synthetic drugs, while the government fails to confront the issue in a concerted effort. American Family News spoke to Derek Maltz, a former head of the Special Operations Division (SOD) of the Drug Enforcement Administration (DEA), who says “a steady stream of chemicals” coming from China, India, and other countries is giving cartels the ability to make their own synthetic drugs in labs.

“It’s a lot cheaper and quicker to produce fentanyl than other drugs that require time for growth and cultivation,” he explains.

“Business is booming as their customer base grows daily, in a large part because the drugs they’re making are so addictive,” he points out. “The methamphetamine and fentanyl business, in particular, is booming.”

For example, Maltz points to a November 2021 record-breaking drug seizure in which more than 17,500 pounds of meth and 389 pounds of fentanyl were seized from a tractor-trailer at the Otay Mesa Port near San Diego.

“Seizures of this magnitude are unprecedented in the history of the country,” he adds.

Synthetic drugs like fentanyl are “more dangerous and more deadly” than any drugs he has ever seen, the experienced DEA executive shares. “And there are industrial-sized labs in Mexico that are cranking out the largest amounts of these drugs ever seen,” he tells AFN.

Data released by the National Center for Health Statistics indicates that “an estimated 100,306 drug overdose deaths [occurred] in the United States during [the] 12-month period ending in April 2021” – and many of these deaths can be attributed to fentanyl.

Those numbers, Maltz admits, “are clearly not up-to-date nor are the numbers final.” In fact, he suspects they are underreported. 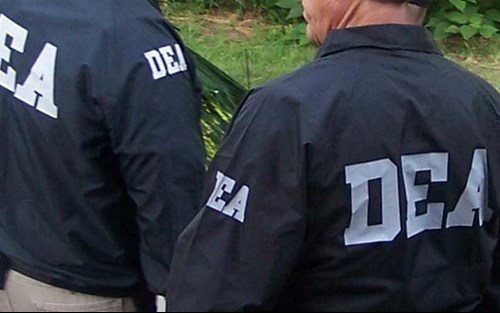 According to the former DEA exec, it's been "getting tougher" to maintain the battle against the importation of drugs into the country.

“Morale across the board in law enforcement has gone down substantially” – a reaction he attributes to a “a lack of support” from leadership as well as the government. “There’s a lot of talk from the current administration to put up a good fight, but there’s no action,” he laments.

Maltz is also very concerned about the increase in the number of retirements he’s witnessing.

“People are realizing that the environment is unstable, and there are a lot of experienced people leaving their jobs,” he states. "[I fear there's going to be] a lot of inexperienced people running operations on the streets of America against sophisticated criminals who have all the advanced technology and have all the resources they need to be successful.”

Taken as a whole, the scenario is “very scary,” Maltz admits.

“Until the resources of the government become united and start figuring this stuff out,” he argues, “the battle against the flow of drugs into the country is not going to be effective.”

A senior army strategist believes President Joe Biden is prepared to get the U.S. into an unnecessary military incursion just to take attention away from his abysmal domestic record.