Goliath claims no 'agenda' but David has goods on publishing giant

Nothing is off limits for the Marxist-inspired “woke” movement, including your innocent children, and an outspoken writer and protective mother is sounding the alarm over book publishing giant, Scholastic.

"We're just trying to bring awareness to parents about what kind of content are in all children's books,” says Bethany Mandel, “but more specifically Scholastic children's books.”

Mandel, a writer-editor and homeschooling mom, has seemingly picked a David-versus-Goliath fight with Scholastic, the well-known and well-trusted publisher of children’s books for 100 years. The corporate giant also produces children’s shows such as “Clifford the Big Red Dog,” which is the company’s mascot, and the company also famously launched the career of Harry Potter author J.K. Rowling. 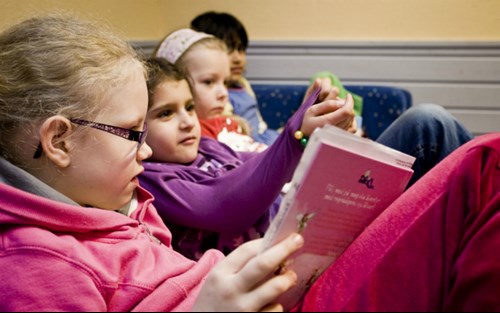 Mandel, meanwhile, is balancing motherhood and writing for right-leaning websites such as Ricochet, and she is now overseeing a book publishing start-up called Heroes of Liberty that offers children’s biographies on Ronald Reagan, Alexander Hamilton, and other famous names.

She also has the goods on Scholastic.

In a recent David-gathering-stones interview on Fox Business, Mandel showed the Scholastic-published book covers for pro-transgender book “Magical Boy” and an anti-white book “This Book is Anti-Racist.” A third book called “The Girl from the Sea” is about lesbian relationships, she said, and the book “Rick” tells the story of an 11-year-old boy who attends an LGBT school club called “Rainbow Spectrum.”

Mandel tells AFN yet another Scholastic-approved book is “George,” which tells the story of a young boy who is “transitioning” into a girl. The target audience for the book, she says, is 8-year-olds.

“And one of the most sort of shocking and dangerous lines,” she warns, “is, You can start transitioning but you need your parents' permission if it's before age 18.”

“You may think that your children are safe from woke indoctrination at home but they're almost certainly not," Mandel told Fox Business. "Scholastic, a billion-dollar children's book juggernaut, turned into the most dangerous in youth culture.”

That is because Scholastic has become synonymous with school book fairs, where the same "woke" ideology that has infected corporations and the U.S. armed forces is now targeting innocent children.

"Our children's souls," Mandel said, "are in danger."

To hear Scholastic’s response to Mandel, however, at least at first glance, is to be assured the company is only interested in helping children learn to read.

“The only agenda at Scholastic,” a spokesperson emailed AFN, “is to engage children in a love of reading, in partnership with schools and families.”

Scholastic sent the same canned statement to Fox Business for its story, too, after Mandel's appearance.

Farther down in the statement, however, the book-publishing corporation drops a hint that Mandel is over the target: Scholastic will “always respect” the role of parents and teachers in choosing with books to read, the statement reads, “while keeping an array of titles accessible to all children.” That “array of titles” is the books Mandel is warning fellow parents about, and the publishing giant seems to vow to make sure your innocent children can get their hands on them at the next book fair.

A writer with the Illinois Family Institute is urging parents to be "in the know" about how educators are being trained to deal with students on controversial topics like sexual identity, gender confusion, and transgenderism.