Vice President Kamala Harris demonstrates how to charge an electric vehicle at a charging station during her Dec. 13 tour of the Brandywine Maintenance Facility in Prince George's County, Maryland.

Americans and their gas-drinking automobiles will drive past thousands of charging stations in coming years thanks to an all-out push to move drivers into electric automobiles to save the planet and punish the majority.

"The future of transportation in our nation, and around the world, is electric,” Vice President Kamala Harris said Monday at a photo-op in Maryland.

According to The Associated Press, the $1 trillion infrastructure bill signed by President Joe Biden includes what the AP calls an “ambitious federal strategy” to build 500,000 charging stations across the United States.

And that huge price tag, which is borne by taxpayers, is what frustrates David Williams, president of the Taxpayers Protection Alliance. 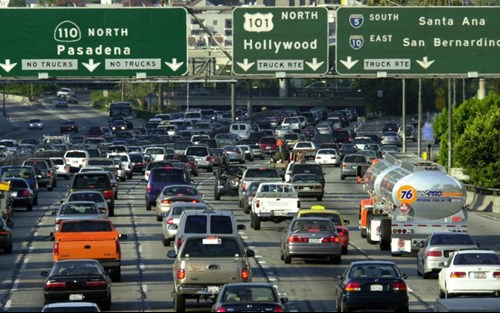 "Taxpayers,” he tells American Family News, “should not be paying for electric vehicle charging stations.”

Electric vehicles currently account for only 2.6% of sales in the U.S., where sales are expected to hit 400,000 this year, the AP said. That figure is almost double from last year’s sales but a sale of 2 million sales would only account for about 12% of new auto sales.

So-called EV’s are being pushed on the American public because the Biden administration is convinced the planet is warming and dooming us all. Biden has therefore declared war on fossil fuels, which includes most automobiles on the road today.

The fossil fuel-hating White House has claimed President Biden cares about the huge jump in gasoline during the first year of his presidency but, at the same time, Americans have been lectured by Democrats that wallet-hurting higher gas prices are better for the planet in the long run because we are driving less.

According to Williams, regardless of the environmentalism at work, the federal government should not be  funding charging stations.

"This is corporate welfare,” he complains, “and this is going to go to an industry really to bolster one industry over another.”

Jack Dorsey has stepped down as CEO of Twitter, the social media site, and alarm bells are going off that his replacement will take the right wing-hating website farther into Orwellian territory.