Pro-lifers vow to fight FDA chief they tried to stop

Dr. Robert Califf, now head of the FDA, was opposed by pro-life groups that urged Republicans to vote against his confirmation. He was approved this week in a 54-46 vote.

With a new and controversial Food and Drug Administration chief in place, pro-life activists are expecting abortion to be promoted heavily.

The evenly-divided U.S. Senate voted 50-46 this week to approved Dr. Robert Califf (pictured above) to head the FDA. Six Republicans voted in favor of his confirmation and five Democrats opposed it.

“This administration,” she says, “is doing everything within its power to promote abortion and abortion on demand.”

Dr. Califf, a cardiologist and medical researcher, briefly headed the FDA during the Obama administration, according to The Associated Press. 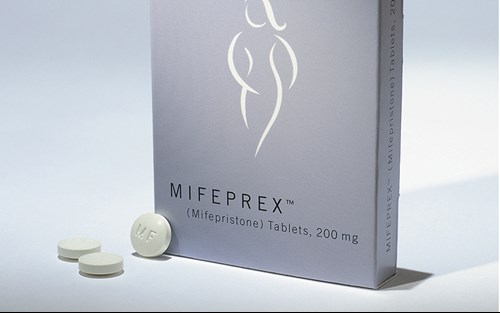 One abortion issue the new FDA chief is expected to pursue is to approve abortion by mail in all 50 states, including where that practice is severely regulated.

Prudence Robertson of the Susan B. Anthony List told AFN late last year it opposed Califf because he had helped push through chemical abortions during his short stint during the Obama presidency.

According to Echevarria, National Right to Life expects Califf will promote telemedicine abortions, which allow a woman or girl to obtain and use the abortion-causing drugs via video and without medical oversight.

According to the AP story, the Senate expected Califf’s support of pharmaceutical companies would win over some GOP votes but the story did acknowledge pro-life groups urged GOP senators to oppose him.

A change of heart could save a life

A pro-life medical group hopes to expand women's opportunity to reverse the effects of chemical abortions.