March for Life has announced the theme for its 2022 event in our nation’s capital, “Equality Begins in the Womb,” a theme that pleases a prominent black pro-life activist who is well aware of the ongoing tragedy in abortion clinics.

Regarding this year's theme, Ryan Bomberger of the Radiance Foundation says an estimated 62.5 million abortions have been performed since Roe v Wade. Many of those abortions, he says, have a theme running though them: racism.

“It's inherent in the abortion industry,” he says, “which was birthed in the vile pseudo-science of eugenics.”

Planned Parenthood, the country’s largest abortion provider, was founded by unapologetic eugenicist and feminist hero Margaret Sanger (pictured below). Her views and writings were disavowed by the organization only last year after she has been defended and praised for decades as a misunderstood feminist pioneer.

Sanger's critics were accused of twisting or misquoting her views on blacks, immigrants, and the handicapped whom she described as “human weeds.”

During the current debate over racism and white privilege in society, Bomberger tells American Family News the term “systemic racism” is being thrown around a lot, too. 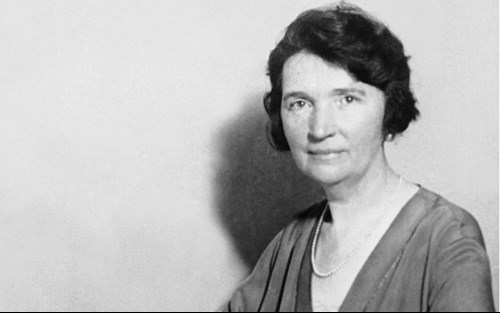 “Well, let me give you my definition of systemic racism: A government-funded entity that disproportionately kills black lives, Planned Parenthood, kills over 300 black lives every single day," the pro-life leader says.

Pro-life activists will attend March for Life in January to protest the 860,000 unborn lives that are killed every year “under the guise of reproductive freedom," Bomberger adds.

State legislators go all-in for keeping parents in the dark

A pro-life activist in Illinois is asking if state legislators know what they are doing after siding with abortion clinics over caring parents.