President Joe Biden is making headlines for announcing he is determined to increase oil production to lower energy costs in…Ukraine.

According to a Reuters story, the Biden administration is asking U.S.-based gas and oil executives to help Ukraine’s population stay warm after Russia rained down missiles on the country’s electric grid as the winter season begins.

The online meeting, which was held Dec. 8, involved oil and gas executives from 26 trade associations who were urged to collaborate with Biden officials, Reuters said. 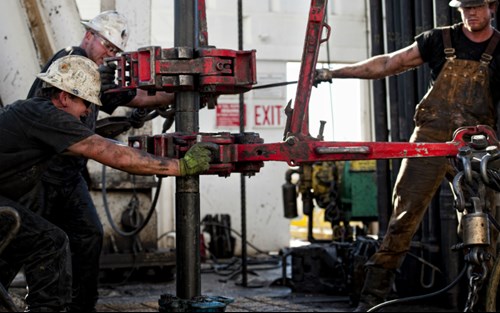 The story went on to describe missile barrages and freezing temps, but it did not include any quotes from oil and gas executives who probably haven’t forgotten President Biden accused them just last month of “war profiteering” during the Russia-Ukraine war.

Biden leveled that accusation six weeks ago, during a White House speech, and it follows a pattern of Leftists waging war on Big Oil in their valiant quest to save the planet from man-made climate change before it’s too late.

Now those hated oil executives are being asked to help by their self-described enemies in the federal government.

“This meeting is part of DOE’s continued, proactive engagement with industry to ensure that they are prepared to provide steady and reliable energy to their customers at home, while exploring areas of collaboration to support our allies abroad,” the Energy Dept. said in a statement to Reuters.

“It's a backwards policy,” he complains, “that leaves, I think, the average American wondering what are the priorities of this president."

It appears Biden’s priority is putting politics and elections first. Randall points out how it was learned after Election Day that Biden had asked Saudi Arabia and OPEC to delay their plan to cut back on oil production until after the midterms. That sneaky and naked political move was rejected by the Saudis.

The leader of the Republican National Committee is assembling a panel of prominent names to assess the lackluster midterm elections and an outspoken evangelical leader is among those who will be seated when that discussion happens.