Oregonian says GOP 'red wave' could cover his state, too

The “red wave” that is expected to favor Republican candidates on Election Day could wash over Oregon, too, where voters might choose a Republican for governor after Democrats have left their once-great state in ruins after decades of one-party rule.

AFN reported in an October story Republican candidate Christine Drazan (pictured above) could win the governor’s office in a state that last saw a GOP governor in 1982. Drazan’s opponent is Democrat Tina Kotek, the current House speaker, who checks all the right boxes as a self-described “proud progressive fighter” who is a lesbian and committed Leftist.

The compilation of polls at RealClearPolitics currently shows Drazan leading Kotek with an “RCP average” of 1.7% from three polls taken in October.

Tired of Oregon’s left-wing nuttery, McCaw and his group Greater Idaho are pushing for Oregon’s eastern-most counties to join neighboring Idaho, where the values there are much more similar than in Portland and the state capitol of Salem. 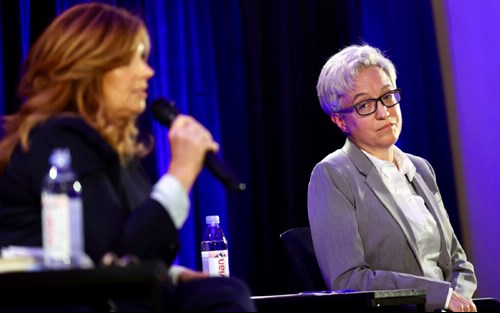 Among the state’s left-leaning residents, two-thirds of them told pollsters the state is on the wrong track. In the same poll, 54% said they disapprove of the state’s current Democrat governor, Kate Brown.

On the topic of governor's races, Carson Steelman of Heritage Action says many voters are telling pollsters education is important to them.

"You are also seeing school choice and education freedom become an issue for a lot of families," she says, "who want the best for their children."

The "red wave" that is predicted on Tuesday can be traced to a wide-open border and crime, Steelman says, but parents will be voting to stop Critical Race Theory in the classroom, too.

Back in Oregon, the most glaring example for voters’ discontent is once-beautiful Portland, now a dystopian-like Third World country of crime, poverty, homelessness, and drug abuse.

Drazen is reportedly crisscrossing the state and reminding frustrated voters who has been in charge while their state fell into ruin. One of those leaders is Kotek, whose own state legislation, House Bill 3115, forbids city governments from cracking down on homeless camps on public areas. The number of homeless in Portland is estimated to be 6,600.

A public policy analyst sees two factors he says could help lead a Republican to victory in the U.S. Senate race in Arizona.