If Oregon voters agree Democrats have ruined their once-grand state, Oregon could make some political history on Election Day if a GOP candidate is elected governor as polls are predicting.

With the general election now just five weeks away, Oregonians could send a Republican candidate, Christine Drazan, to the governor’s office. According to an Emerson College poll, Drazan leads Democrat candidate Tina Kotek by 2% in a state that last saw a Republican governor in 1982.

Drazan is former minority leader in the Oregon House and Kotek is the current House Speaker.

Lois Anderson of Oregon Right to Life tells AFN Drazan is supported by pro-lifers in the state after she led an effort in the Democrat-dominated House to pass the Born Alive Infant Protect Act. 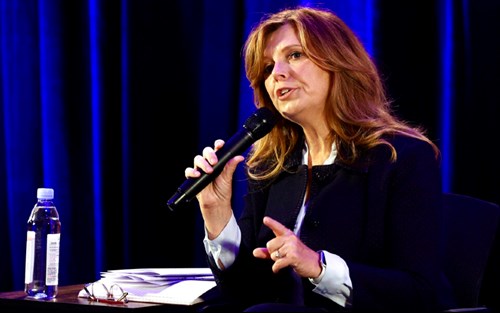 Kotek’s campaign website touts left-wing causes such as “reproductive freedom” and “racial justice,” but Drazan is crisscrossing the state to tell voters their once-beautiful Portland became a crime-ridden drug den because of Democrat leaders.

According to Yahoo News story about the governor’s race, polls show Oregonians are disgusted and frustrated. Two-thirds told a pollster the state is on the wrong track. The state’s current Democrat governor, Kate Brown, has a 54% disapproval rating, the worst of any state governor.

Among the issues concerning voters, homelessness is a top issue, likely because crime and drug use stem from Portland’s homeless. Their number is estimated to be 6,600 people in the city’s metro area.

Kotek’s campaign website lists “Housing and Homelessness” as an issue, which comes after the far-left state lawmaker sponsored House Bill 3115. That bill forbids city governments from cracking down on homeless camps in public areas.

“Kotek can try to pass the buck on this as much as she wants,” a spokesman for Drazan told the media, “but Oregonians know she and her allies are responsible for this humanitarian crisis.”

According to Anderson, the pro-life activist, the governor's race could be decided by pro-life voters who show up to vote.

"These races are going to be close," he predicts. "So there's nobody's vote that is not important."

A spokesman for a border enforcement organization says New York City's mayor is once again going out of his way to pander to illegal aliens who are causing a "crisis" in The Big Apple.