The leader of a grassroots conservative group says she is pleased Republicans on Capitol Hill are refusing to be bullied by Democrats and their familiar playbook of exploiting a heart-tugging tragedy to advance their power-grabbing agenda.

In a 222-203 party line vote, Democrats this week approved a bill that used the tragic mass shooting in Buffalo to demand new gun laws and to improve “intelligence-gathering” by the Dept. of Homeland Security and the FBI, The Associated Press reported.

Democrats in the Senate plan to bring up the bill next week but its prospects are “uncertain,” the AP story said, because Republicans oppose giving the Justice Dept. more power to conduct domestic surveillance.

Jenny Beth Martin, of Tea Party Patriots Action, points out the bill that passed this week was authored by Democrats several years ago. So they have been waiting for an opportunity, she says, to bring the Domestic Terrorism Prevention Act to the floor. 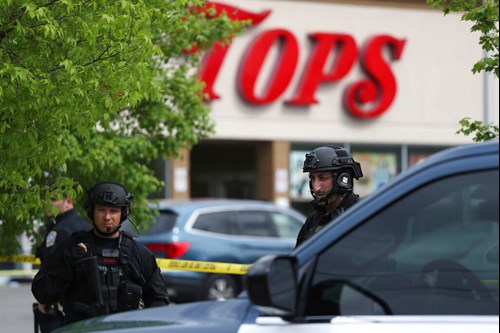 “And they're using this horrific crime from New York,” she says, “as an excuse to pass legislation to do things they're outlining here.”

It is nothing new to witness calculating politicians pounce on a terrible event, especially when it stirs up emotions, but Democrats who are fearing a political bloodbath on Election Day blamed guns, Fox News, and hated show host Tucker Carlson for the mass shooting.

“We in Congress can’t stop the likes of Tucker Carlson from spewing hateful, dangerous replacement theory ideology across the airwaves,” Rep. Brad Schneider (D-Ill.), who first introduced the measure in 2017, said on the House floor this week. “Congress hasn’t been able to ban the sale of assault weapons. The Domestic Terrorism Prevention Act is what Congress can do this week to try to prevent future Buffalo shootings.” 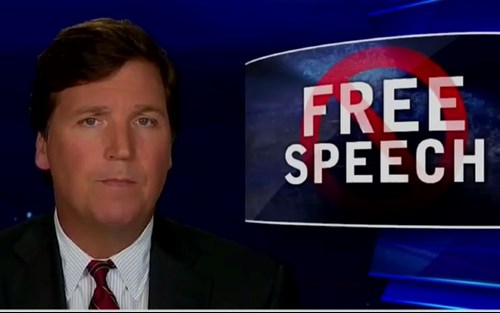 In addition to using the Buffalo shooting to pass the bill, Rep. Schneider’s floor speech revealed that Democrats are trying to tie the gunman’s racist beliefs written in an 180-page screed to Carlson. His top-rated program incidentally slams the Left every night with a hard-hitting monologue and a lineup of straight-talking guests.

In an op-ed published this week, however, columnist Ben Shapiro ripped Democrats and several media outlets for attempting to conflate the gunman’s antisemitic views about Jews with the allegation that Democrats want to dilute white Republican votes with illegal-immigrants-turned-American-citizens who will be loyal to the Democratic Party.

“It's poisonous politics,” Shapiro said of Democrats conflating the two, “and it happens to be a lie.”

Shapiro, an Orthodox Jews, filled his commentary with examples of media outlets tying “Great Replacement” to Republicans. He also wrote example after example of Democrats praising the end of white-majority voting, including a left-wing group that tied a “pathway to citizenship” for illegal aliens with “electoral strength,” meaning, of course, votes.

Meanwhile, a “super-cut” of Democrats discussing the changing demographics in the U.S. – and praising whites for being in the minority – went viral on Twitter this week amid the Left’s accusations against Carlson.

In one example, NPR this week played along with that left-wing narrative in an “All Things Considered” segment this week. It featured snippets of Carlson’s show in which he warned viewers the Democratic Party is trying to replace the “current electorate” with new people who are “more obedient voters from the third world.”

The NPR correspondents admitted Carlson is “not anywhere in there,” referring to the gunman’s writings, but still accused Carlson of espousing racist beliefs rather than describing how Democrats plan to win elections and keep power.

According to the Democrats' own liberal news stories, and their own worrisome polls, however, more blacks and Hispanics are running from the political party that is warning them they're running into the arms of assault weapon-owning white supremacists.

GOP primaries a tale of RINOs vs. grassroots

A Pennsylvania-based conservative activist insists she will not vote for U.S. Senate candidate Dr. Mehmet Oz on the November ballot, calling him a "RINO" candidate, in just one example of a political party fight after Tuesday's primary.