Subscribe
GOP primaries a tale of RINOs vs. grassroots

GOP primaries a tale of RINOs vs. grassroots

A Pennsylvania-based conservative activist insists she will not vote for U.S. Senate candidate Dr. Mehmet Oz on the November ballot, calling him a "RINO" candidate, in just one example of a political party fight after Tuesday's primary.

Republican voters split their votes in Tuesday’s primary between Oz and billionaire candidate David McCormick, which created a razor-thin margin separated by a couple thousand votes. The third-place finish fell to Kathy Barnette, a late-rising and outspoken candidate. She was expected to finish much better according to poll numbers but suffered from a last-minute attack from her own party.

In the Democratic primary, the state’s lieutenant governor, John Fetterman, came in first place as expected.

Diane Gramley, who leads American Family Association of Pennsylvania, strongly supported Barnette during the primary as a genuinely conservative candidate. The conservative activist also told AFN in pre-election interviews that Oz has a record of defending abortion and praising strict gun laws, and for that liberal record he didn’t deserve to be a GOP candidate. 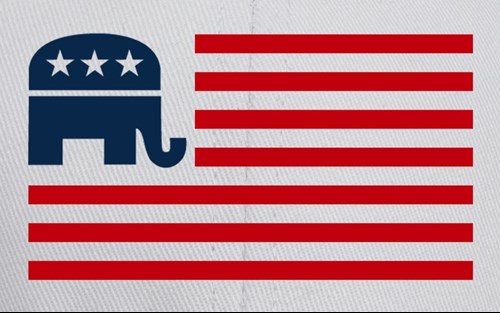 Oz, however, was endorsed by Donald Trump, and Fox News host Sean Hannity told his audience Oz is the only candidate who can win in November while insisting that Barnette would lose and flip the seat to the Democrats.

In the General Election, if Oz is on the ballot, he won’t get Gramley’s vote.

“He’s a super RINO and that’s being generous,” Gramley says. “Yes, Fetterman is a horrible candidate but I don’t know if Oz would be any better.”

Rob Chambers, who leads AFA Action, tells AFN there is a legitimate concern that grassroots conservatives won’t turn out for Oz even if it causes the GOP to lose.

“You always hear about voting for the lesser evil,” Chambers says, “but there are voters out there that don’t take that into consideration.”

According to Idaho candidate David Worley, who is running for an open state senate seat, he just witnessed the “Republican establishment” in his state operate a political machine to defeat a conservative candidate. Voters saw the machine at work in the gubernatorial race, he says, when Trump-endorsed Lt. Gov. Janice McGeachin was defeated by powerful RINOs who backed Gov. Brad Little.

In the primary, Little faced seven challengers but handily won with about 53% of the vote despite his controversial acts during the COVID-19 pandemic.

Lt. Gov. McGeachin, meanwhile, caused a political fight last year when she fought the governor’s vaccine passport executive order when Gov. Little was out of the state.

In a social media post, McGeachin said she took action because “protecting individual liberty means fighting against tyranny at ALL levels of government.”

For opposing the governor, McGeachin was the victim of a smear campaign by her own political party, Worley says, when it was the Republican governor who failed to lead Idaho by conservative principles.

Back in Pennsylvania, Gramley says grassroots conservatives are celebrating the gubernatorial primary in which Trump-endorsed candidate Doug Mastriano won the nomination. Long before entering the governor’s race, he had become a hero to grassroots voters, Gramley says, by traveling the state to speak out about election fraud after the 2020 election.

“He’s been out there in the public eye,” Gramley says, “holding rallies [and] holding meetings throughout Pennsylvania.”

That also made Mastriano an enemy of establishment Republicans who want to move on from that issue.

Mastriano’s opponent for the governor’s office is Josh Shapiro, the state attorney general, who immediately claimed his GOP opponent is the “most extreme gubernational candidate in the country.

“He would ban abortion, end vote by mail, and rip away our freedoms,” Shapiro, a liberal Democrat, claimed.