A “task force” in California that is recommending reparations for black Americans is proposing monetary compensation for some blacks – but not all – after testy debate over who is most deserving, but conservative black activists say who is really being hurt are the innocent taxpayers who will pay for it.

In a narrow 5-4 vote last week, the first-in-the-nation “task force” chose to base reparations on lineage and genealogy rather than simply based on being black in a racist society, The Associated Press reported.

According to the AP story, a debate that lasted several hours was “testy and emotional” until a longtime NAACP leader, Rev. Amos Brown, urged the task force to “please, please, please” take the “first step” by approving a plan based on lineage. 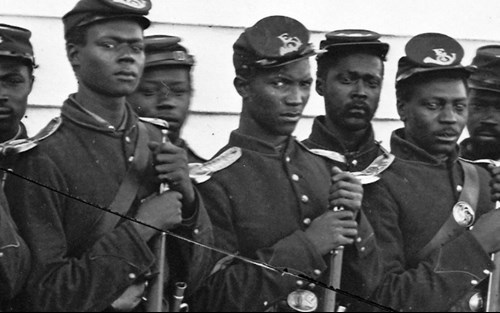 “We’ve got to give emergency treatment,” the task force vice chairman urged, “to where it is needed.”

Ironically, the reverend’s push for “emergency treatment” for the descendants of slaves is occurring in a Democrat-controlled state that entered the Union as a free state in 1850, now 172 years ago. Delegates to that 1849 constitutional convention fiercely opposed slavery, and they penned a constitution to outlaw it.

With a population of 39.5 million today, California is the most populous state but blacks form a single-digit minority there. The current population includes an estimated 2.6 million blacks, or approximately 6%, while the number of Hispanics are the majority population at almost 40%. Whites make up about 35% of Californians and Asians are about 15%.

Jesse Lee Peterson, who leads the Los Angeles-based Brotherhood Organization of a New Destiny, tells AFN the reparations push is unfair to hard-working people whose paychecks will pay for it.

"I'm not surprised that they're going to do reparations,” he says, “because they've let all these radical anti-American blacks and others into our government. They have always been for reparations.”

Among the task force members, Brown himself would qualify for monetary compensation since he is the descendant of a slave born in Mississippi.

In fact, most of the prominent task force members – a civil rights attorney, a Berkeley professor, an entertainment lawyer – can trace their lineage to enslaved ancestors in the U.S., the AP story said. Several of the task force members are involved in studying the 19th century slave trade and advocating for reparations, according to their bios.

Derryck Green, a California-based writer and Project 21 member, says the state is already enduring rampant crime and homelessness, and sky-high gas prices and property taxes. Now the taxpayers will realize they’re responsible for paying reparations, too.

Angry left-wingers continue to rant about Florida’s parents’ rights’ bill, which was signed into law this week by Gov. Ron DeSantis, but their own crazed complaints are revealing why parents and lawmakers have every reason to be angry and alarmed.