Angry left-wingers continue to rant about Florida’s parents’ rights’ bill, which was signed into law this week by Gov. Ron DeSantis, but their own crazed complaints are revealing why parents and lawmakers have every reason to be angry and alarmed.

Gov. Ron DeSantis signed the “Parents Rights in Education” bill Monday. The bill bans teachers in kindergarten through third grade from introducing sexual orientation and gender identify in the classroom.

"This is inappropriate for kindergarteners, and first graders, and second graders,” the Republican governor said at the bill signing. “Parents do not want this going on in their schools.”

Apparently some teachers do, however, and they are angrily sharing their feelings about the Florida bill – and clumsily admitting to their own classroom activism – on social media, where the public is seeing first hand what is happening in the classroom.

“As an elementary school teacher in Florida,” a first-grade teacher states in a Tik Tok video, “this new bill has been weighing on me a lot.”

With tears flowing down her – or his – cheeks, the teacher complains the Florida law will bar her from describing her marriage to a “trans fem person” to students and their parents during back-to-school night.

“Do I invalidate my spouse’s stance as a trans fem person?” the teacher tells the camera. “Or do I put my job on the line to introduce myself.” 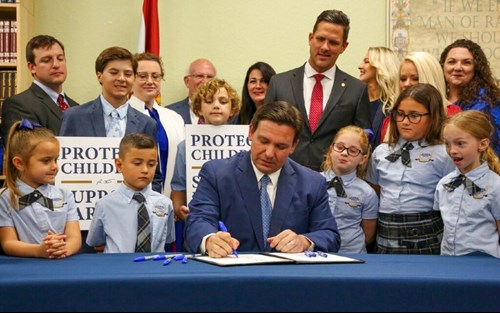 In a second video, originally posted to Tik Tok, a second Florida teacher complains the bill requires parents to be informed if their children disclose personal information about their sexuality or gender to the school. The teacher, who is wearing a “Pride” t-shirt, vows on camera “I’m not doing it” and says she would rather go to jail than “out” a student.

Those videos and many others that feature far-left school teachers have been uploaded to “Libs of Tik Tok,” a popular Twitter account that is using teachers’ own social media posts to demonstrate why the Parents Rights in Education bill was introduced.

Other recent posts at Libs show a Missouri kindergarten teacher boasting about reading a gender pronoun book to her class and a non-binary female who shared her pronouns with children at a daycare. 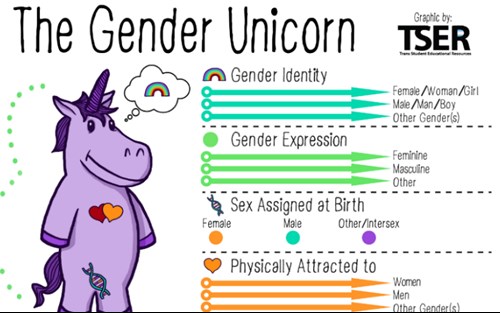 “It makes me very angry,” she confesses, “when people don’t want to talk about gender and sexuality in classrooms.”

Libs says the children identified by the teacher as her “students” are 2-year-old children.

Florida’s bill did not originate from Gov. DeSantis himself, which means he was urged by legislators to support it despite the controversy swelling around it. By this week, when it was time to sign it or let the bill die, the governor had withstood a dishonest left-wing campaign that labeled it the “Don’t’ Say Gay” bill and a dishonest liberal media that helped the activists spread that message.

Disney Corp., which did not oppose the bill, has belatedly voiced opposition to it after the corporation's homosexual and lesbian employees demand their employer take action. Disney is the state's largest employer but DeSantis, addressing that fact, has said he is not listening to Disney but concerned parents.

Noah Weinrich of Heritage Action, the political arm of The Heritage Foundation, tells AFN that Florida experienced the same hate and vitriol that was directed at Georgia’s lawmakers last year, when the state pushed through tight voting restrictions.

"We see a coordinated misinformation campaign, a campaign of lies from the White House and corporate media,” Weinrich says, “and they've enlisted corporations to do their dirty work."

This week, after the bill was signed into law, a federal lawsuit was filed by homosexual-rights groups to stop it, The Associated Press reported.

Two "establishment Republicans" are being blasted for camouflaging their real agendas and intentions in the lead-up to November 2022.