Two "establishment Republicans" are being blasted for camouflaging their real agendas and intentions in the lead-up to November 2022. 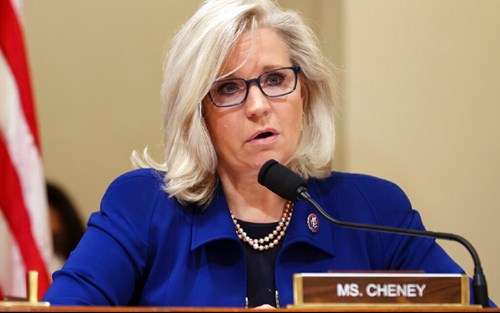 Congresswoman Liz Cheney (R-Wyoming) (left) is fighting to keep her job as her state's only representation in the U.S. House. She alienated many Republicans in the state when she was one of the ten House Republicans who voted to impeach former President Donald Trump; and she has served on what many believe is a sham January 6 Select Committee formed by House Speaker Nancy Pelosi to go after Trump supporters. Trump, who won Wyoming in 2020 by 43 points, has endorsed Harriet Hageman, one of Cheney's opponents.

Gary Bauer, chairman of the Campaign for Working Families, warns that Cheney, the daughter of former Vice President Dick Cheney, has plenty of money behind her.

"Liz Cheney has a massive war chest [~$3.6 million], virtually all of it raised from the Democratic Party and the radical Left," Bauer tells AFN. "The only Republican money she has is from the usual suspects: the RINOs in the Republican Party who somehow think [she] is the type of Republican that the Republicans want to go back to. It's not."

In addition, Bauer claims Congresswoman Cheney is "doing zero" to stop the Biden-Harris-Pelosi-Schumer agenda and their left-wing allies.

"She is doing everything she can to prevent the Republican Party and conservatives from regaining control of the House and the Senate," he accuses. "[She's doing that] by cooperating with the January 6 Committee, which has only one purpose: to raise the events that happened for a few hours on January 6 as a vehicle to destroy Republicans going into the election this November."

Late last year, the Wyoming Republican Party voted to no longer recognize Cheney as a member of the GOP. Bauer is confident that Republican voters in the state will follow suit on August 16 and deny Cheney the opportunity to be the nominee for that congressional seat again.

Tell 'em what they want to hear

Meanwhile, an Ohio-based tea party leader says voters in his state shouldn't be fooled by a television ad from a Senate candidate he says is pretending to oppose the "woke" agenda. 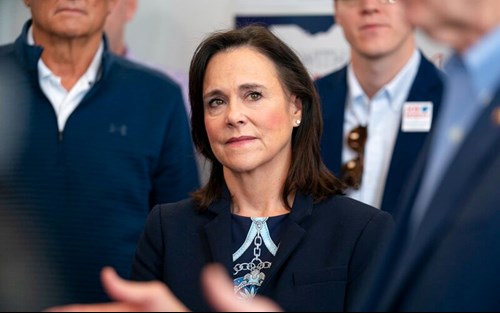 Jane Timken (right), the former chairman of the Ohio Republican Party, is viewed as the "establishment" candidate in the GOP field to succeed incumbent Senator Rob Portman, who is retiring. According to RealClearPolitics, she isn't doing well, trailing three other GOP hopefuls. That may be why, in a recently released ad, she is appealing to the Republican base:

Timken (in the ad): "I'm Jane Timken. As a mom and former college athlete, I know how important women's sports are. They teach our girls to be winners – but the Biden Democrats want to force our daughters to compete against men in the pool and on the court. It's outrageous! From ruining girls' sports to critical race theory, the liberals are trying to destroy our country. I'm Jane Timken. I approved this message because it's time to fight back."

Tom Zawistowski, president of the tea party-affiliated We the People Convention, contends Timken is responding to her low polling by telling Republican voters what they want to hear.

"That's a great TV commercial [but] that doesn't make it true," he tells AFN. "Jane Timken is Rob Portman in a skirt – period, end of sentence. If she were to get elected, she would not even talk to someone like [me] or to Trump supporters. She'd be a 'Mitt Romney.'

"So, caution to everyone – don't believe the lies … and understand that the purpose of a TV commercial isn't to inform you but to mislead you [from] the truth."

Why a Trump endorsement may not pan out