A firebrand Republican congressman is warning right-leaning Americans their GOP leaders caved to fund the federal government, but refused to defeat vaccine mandates, in a swampy, vote-counting political maneuver between both political parties.

Last week, the evenly divided U.S. Senate voted for a so-called “stopgap” bill days before a deadline hit that would have triggered a government shutdown.

Over in the U.S. House, before the Senate votes were cast, Rep. Chip Roy used social media to put the heat on GOP senators to vote for an amendment from Sen. Mike Lee that would have defunded the controversial and unconstitutional COVID-19 mandates.

“Note to America: It takes 60 votes to pass this funding bill,” Roy stated in a Feb. 17 Twitter post. “Any Republican voting for it is voting to fund vaccine mandates forcing you, the people, to lose your job.”

Roy, who represents Texas’s 21st District, introduced a similar amendment in the House that predictably failed in the Democrat-majority body.

In a post-vote interview with American Family News, Roy says Republicans in the Senate had an opportunity  to use the “power of the purse” to stop the mandates, and they failed to do so.

“And by use it I mean every time we vote to fund the government through appropriations, or an omnibus, or through a continuing resolution,” he says, “we should ask ourselves the question: What form of tyranny are we funding by supporting this?" 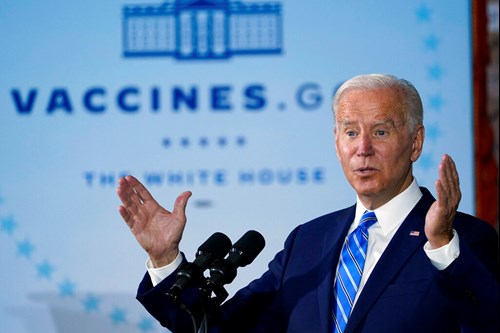 According to many Americans who are paying attention, an example of such “tyranny” was President Joe Biden announcing last fall that private businesses would be forced to require their unvaccinated employees to get the COVID-19 shot or be fined for failing to do so. That was the same speech in which Biden said his “patience was wearing thin” on those unvaccinated Americans, estimated at 81 million, whom he blamed for the continuing pandemic.

According to Rep. Roy and Sen. Lee, Republicans in Congress had an opportunity to defend those Americans from the reach of their own government and passed on it.

“This was all staged,” Roy bluntly alleged. “What you see is a show.”

In a related story at The Blaze, conservative writer Daniel Horowitz explains the swampy game. Schumer allowed Sen. Lee’s amendment to skip a 60-vote threshold because four Republican senators were out of town and would not be casting a vote. That allowed the remaining GOP senators to vote for it, he writes, but it came up one vote short with a 46-47 tally.

"That was the perfect outcome for them," Horowitz alleges, "whereby they got to hold a protest vote for the base but give away their leverage." 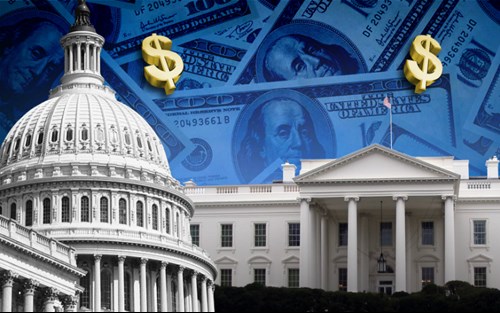 Sen. Schumer, however, later set a 60-vote threshold for a balanced budget amendment introduced by Mike Braun (R-Ind.). It passed 47-45, with two Democrats supporting it, but didn't meet the threshold.

In a CNN story about the stopgap vote and the failed amendments, the story names several Democratic senators who were also absent last week due to sickness or family sickness. The story mentions only one GOP senator who was absent, Lindsey Graham, who was "traveling abroad."

According to The Blaze story, the other GOP senators were Mitt Romney, James Inhofe, and Richard Burr.

“Never has it been so easy for Republicans to do the right thing and demonstrate to the voters why they should control Congress next year,” Horowitz concludes. “Yet Mitch McConnell, the great leader waiting for us on the other side of this momentous election, would have none of it.”

According to Roy, Republicans are supposed to belief in a smaller, less-powerful federal government but instead are voting to fund a “tyrannical state” that literally tried to force a shot on people and threatened to leave them jobless if they refused to submit.

“I think that's wrong. I think it's misguided,” he tells AFN, “and I'm tired of excuses out of Republicans who want cover votes instead of actually accomplishing something."

According to the Horowitz story, voters will put those same Republicans in power on Election Day, making McConnell the Majority Leader, and the swampy politics will continue.

A Texas-based pro-life group says abortion-supporting Democrats in California are engaging in time-wasting politics with a proposed law that would allow the public to sue gun manufacturers.