Power-hungry politicians are known to be many things, few of them good and decent, but the filibuster hypocrisy displayed by Senate Democrats is making jaws drop even in cynical Washington.

American Family News has reported Democrats in the evenly-split Senate are watching their far-left agenda crash around them, first the multi-trillion-dollar “Build Back Better” and now “voting rights” legislation that federalizes elections. That is because just two Democrat lawmakers, Joe Manchin and Krysten Sinema, are refusing to vote to drop the filibuster rule which would guarantee narrow passage and a Joe Biden signature.

The traditional filibuster rule allows the minority party in the Senate to employ the voting maneuver as a tool that triggers a 60-vote threshold for a bill to pass in the 100-member body. When the Democrats were in the minority during the 2019-2020 session, they employed the filibuster a whopping 328 times --- a record --- to fight the majority-party GOP from passing bills.

Just last week, Senate Democrats used the filibuster to block Russia-sanctioning legislation introduced by Ted Cruz over the Nord Stream 2 gas pipeline. After employing the filibuster, that bipartisan bill needed 60 votes for passage to punish Vladimir Putin but it failed 55-44, The Hill, which never used the word “filibuster” in its story, reported.

Gary Bauer of American Values tells AFN he has seen pretty much everything in Washington but was shocked at the brazen hypocrisy over Sen. Cruz’s bill. 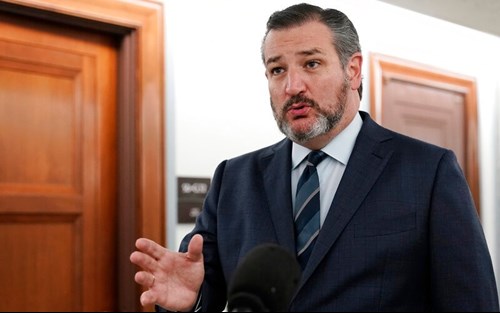 “It was shocking to see, within about a day and a half of Joe Biden claiming that the filibuster is a white supremacist tool,” Bauer says, “the Democrats used the filibuster in a vote on a major issue.”

Describing the filibuster as a “tool” or “relic” of Jim Crow is a familiar talking point for Democrats. That is because some long-dead U.S. senators did use the filibuster to fight civil rights legislation back in the 1940s and '50s, but modern-day Democrats in the Senate seem to forget, a lot, how terrible it is when they need to use it just as they did last week. 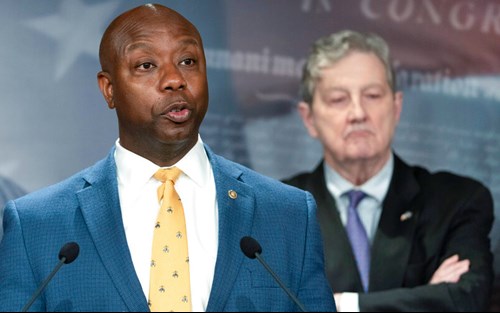 Sen. Tim Scott (pictured at right), the black Republican lawmaker from South Carolina, witnessed Democrats use the filibuster to stop his police reform bill in 2020. Because of the filibuster, the Justice Act was prevented from reaching the floor for debate, and Democrats even refused to offer amendments when they demanded it and Scott agreed to allow them.

“I hope that the American people see how the Democrats blocked solutions from coming to their communities,” Sen. Scott said two years ago, “for the sake of partisan politics."

A veteran of national politics is predicting the Republican Party will make progress and roll back Democrat gains under the leadership of Rep. Kevin McCarthy, the current Minority Leader, but that opinion is not unanimous among other political observers.