House Minority Leader Kevin McCarthy speaks to reporters during his weekly press conference on Jan. 13 at the U.S. Capitol. The GOP leader is expected to be named House Speaker if Republicans win back the chamber in November.

A veteran of national politics is predicting the Republican Party will make progress and roll back Democrat gains under the leadership of Rep. Kevin McCarthy, the current Minority Leader, but that opinion is not unanimous among other political observers.

Citing poll numbers and fleeing Democrats, American Family News has reported Democrats are predicted to get pummeled in the upcoming midterm elections and hand both the House and Senate to the GOP. That loss would mean McCarthy, 56, is in line to become House Speaker if fellow GOP lawmakers vote him into the powerful position.

During a recent interview with Breitbart News, McCarthy vowed a GOP-led House would, for example, stop anti-gun legislation and block bills that favor illegal immigration. 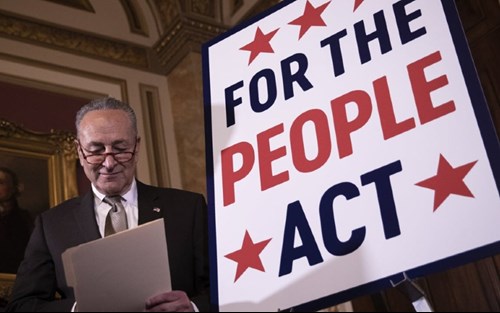 Gary Bauer, chairman of the Campaign for Working Families, whose work in Washington dates back to the Reagan administration, tells AFN he likes what he is hearing from McCarthy. “I think when [McCarthy] first got to Washington, and got into the House, he probably was not quite the type of Republican he is now,” Bauer observes.

McCarthy, who represents the 23rd District in California, was first elected to Congress in 2006. He served as Majority Leader in 2018 when the GOP lost the House in that year’s midterm elections.

In the U.S. House, Democrats currently have a five-seat majority and could lose as many as 70 seats on Election Day in a so-called "Red Wave."

In the Breitbart interview, which was taped in December, McCarthy pointedly distanced himself from the U.S. Chamber of Commerce, the lobbying arm of Big Business which is a longtime ally of the business-friendly Republican Party. McCarthy accused the Chamber of supporting Democrats in recent years and he vowed the Chamber would not be an ally of the Republican Party if the GOP wins back the House this year.

“The Chamber left the [Republican] party a long time ago,” McCarthy said.

During the Trump administration, the swampy U.S. Chamber of Commerce witnessed the populist president’s “America First” policy threaten the Big Business pipeline of cheap, slave-made goods from China. Trump's get-tough border policy also threatened the supply of cheap U.S. labor if green card holders and illegal aliens were turned away or deported at the U.S.-Mexico border.

Last week, in a hard-hitting commentary published at The Federalist, Conservative Partnership Institute policy director Rachel Bovard accused McCarthy of mapping out a safe, light path for the GOP if the House flips to the Republican Party in the fall. She cites a Fox News interview in which McCarthy vowed the GOP would stop drugs and human trafficking on the U.S. border; make the U.S. more business-friendly; and return to the energy independence that happened under Trump. 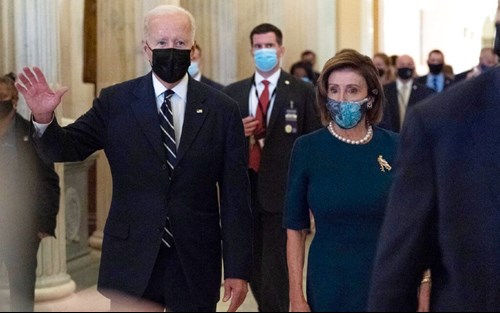 What is wrong with those plans, Bovard wrote, is not the ideas themselves but that McCarthy is failing to offer a “bold, visionary agenda” from a political party that did not learn from the Tea Party movement. The “ruling class” of the GOP rejected that grassroots push, too, she said, and thus the party witnessed a “nuclear missile” called Donald Trump.

“What McCarthy is espousing as top policy priorities are the rote, daily business Republicans should be engaging in when running the country,” Bovard wrote, “not the bold, visionary agenda of a party that understands and acknowledges the forces that now threaten its voters, and that is prepared to do battle on their behalf.”

Bovard goes on to cite what Americans are witnessing right now: Mega-corporations are choosing foreign workers, and even slave labor, over U.S.-based workers; biological women are losing to men in athletic competitions; “woke” corporations are indoctrinating their employees about race; the U.S. Justice Dept., acting as a political arm of the Democratic Party, is investigating school board parents.

Rob Chambers, a policy analyst at the American Family Association, tells AFN the “real problem” in the current GOP is a “big tent” philosophy that is attempting to defeat conservatives in the primary elections.

“I do not trust Kevin McCarthy’s words to be fulfilled once the House flips,” Chambers says. “I don't think McCarthy should be House Speaker.”

According to Bauer, however, McCarthy has witnessed the "vicious" tactics of the Left under Speaker Nancy Pelosi and he will fulfill the promises he is making to the American people.

Power-hungry politicians are known to be many things, few of them good and decent, but the filibuster hypocrisy displayed by Senate Democrats is making jaws drop even in cynical Washington.