Subscribe
Being Blunt: Dems in power-grab mode, clear and simple

Being Blunt: Dems in power-grab mode, clear and simple

President Joe Biden's call on Tuesday for changing Senate rules to allow an alleged "voting reform bill" from Democrats to pass brought reaction by a longtime Republican lawmaker from the Show-Me State.

"We must find a way to pass these voting rights bills," Biden said yesterday during a visit to Georgia. "Debate them. Vote. Let the majority prevail. And if that bare minimum is blocked, we have no option but to change the Senate rules – including getting rid of the filibuster for this."

Responding to the president's remarks on the "Washington Watch with Tony Perkins" program, Senator Roy Blunt (R-Missouri) said this is about taking advantage of a temporary moment where Democrats control the House, the Senate, and the White House. 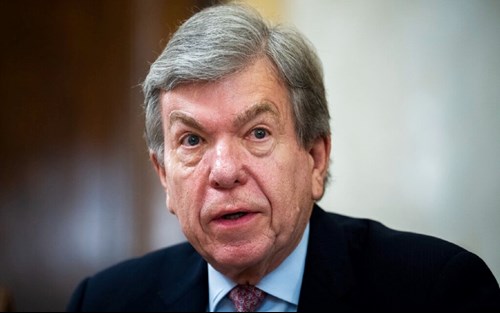 "In all cases, they try to act like this is somehow a mandate and that they have a mandate to move forward with dramatic changes in the country," said Blunt. "There clearly is no mandate."

The Capitol Hill veteran (pictured) went on to point out that it wasn't that long ago when Senator Chuck Schumer (D-New York) denounced the idea from some Republicans to get rid of the filibuster:

"The ideologues in the Senate want to turn what the Founding Fathers called 'the cooling saucer of democracy' into the rubber stamp of dictatorship," said Schumer in 2005. "We will not let them. They want, because they can't get their way on every judge, to change the rules in mid-stream, to wash away 200 years of history. They want to make this country into a banana republic, where if you don't get your way, you change the rules. Are we going to let them? It'll be a doomsday for democracy if we do."

Blunt told the radio audience: "You're going to hear a lot this week from Republicans talking about what Democrats were saying four years ago or five years ago or ten years ago and what they're saying today.

All of those efforts, he concluded, are an attempt by Democrats to do "whatever they can right now to be sure they maximize the likelihood they'd stay in power."

Florida's governor is telling the White House that The Sunshine State will not be a dumping ground for illegal immigrants.