A behind-the-scenes battle is brewing over who will take the place of Joe Biden in 2024, a swap that could be months and not years from now, and current news stories suggest the knives are out for Vice President Kamala Harris.

The job of commander in chief has been called the most exhausting and stressful job on the planet. And it's currently held by a struggling lifetime politician, who turns 79 years old Nov. 20, and who mumbles his words, forgets his train of thought, and tells rambling, nonsensical stories when he appears in public.

In a poll of registered voters done Nov. 9-10, 37% of self-identified Democrats said Biden should step aside and only 45% said he should run again. That left another 18% who said they were unsure, The Hill reported reported this week.

For a D.C.-based news organization to conceive of that question and publish the results suggests it is inevitable Biden’s exit from the Oval Office is coming, especially since news rival website Politico dropped a poll-related story Wednesday about Biden's "health and mental fitness" just one day after The Hill story.

The poll by Politico and Morning Consult, conducted Nov. 13-15, found 48% of registered voters agreed Biden is not mentally fit to serve as president. Voters have flip-flipped by 21 points on his mental abilities since a similar poll was conducted last October, the story said.

So it could  be a matter of when -- not if -- an ailing President Biden exits politics for good after winning election to the U.S. Senate, at age 29, in 1972. If the President is stepping aside, another obvious question is if Biden's coming successor replaces him as president in an unprecedented move or, in the coming months, is groomed for the spot by first serving as Vice President.

Biden’s eventual departure, and the No. 2 position in the executive branch, might explain why a CNN story this week described “dysfunction” and a “lack of focus” on the part of Vice President Kamala Harris. Quoting numerous sources in the White House, the explosive story said President Biden’s staff have “thrown their hands up” over Harris and her staff while Harris’s defenders are “frantic” over her current role as V.P.

The CNN story, which published Nov. 16, has been described as an obvious hit piece against Harris that came from Biden’s own people inside the White House.

“Joe Biden is trying to put Kamala Harris back in chains,” quipped Stephen Miller, a media critic, because the CNN reporter is known to work closely with Biden’s staff.

Over on CNN rival Fox News, Capitol Hill correspondent Chad Pergram dropped his own hint of palace intrigue this week. He told Fox program “The Five” that a Capitol Hill source has advised Pergram to “familiarize” himself with the process in which the Senate and House confirm a vacancy for vice president. 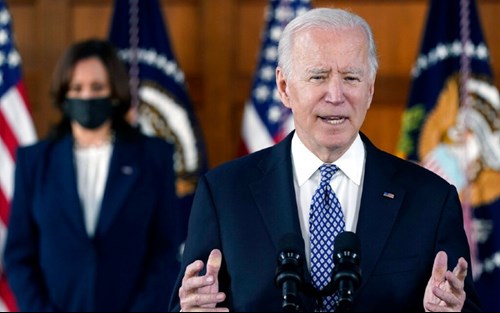 “To be clear, to be clear,” Pergram said, “this is not to say that something is afoot here but I always do my homework, especially about process.”

In U.S. history, Vice President Nelson Rockefeller was the last vice president to be confirmed by Congress when Lyndon Johnson became president after the assassination of John F. Kennedy, Pergram pointed out.

“Joe Biden is the problem,” Thiessen said, which is obvious from his rock-bottom 38% approval rating that rivals Donald Trump.

Regarding the idea of removing Harris as vice president, Thiessen said she was viewed as a “Plan B” for the ailing Biden but has performed so poorly her approval rating is even lower than Biden’s.

Reacting to White House political fight, conservative leader Bob Vander Plaats tells American Family News that Democrats chose Biden as their nominee because he was next in line for it.

“I think in the fall of '22 they're going to pay a tremendous price for it,” predicts Vander Plaats, who leads Iowa-based conservative ministry The Family Leader.

President Joe Biden promised “equity” for minorities on his first day in the White House but black conservatives say a related pledge by the Environmental Protection Agency to help them will only make things worse for the poor and middle class.