A governor whose state is lagging behind most others in COVID-19 vaccinations while leading in per-capita deaths from the virus was shamed by a CNN host for his supposed failures, but his pushback to a live lecture on cable news was to insist Americans have individual constitutional rights that cannot be superseded by a U.S. president.

Mississippi Gov. Tate Reeves sat through a 15-minute grilling by veteran griller Jake Tapper over the weekend, where the talk show host blasted the Governor for the state’s grim statistics. Reeves attempted to shift the issue to President Biden’s unconstitutional vaccine mandate and to a more recent issue: The federal government taking control of monoclonal antibodies from states that need them.

At news websites such as The Hill, The Daily Beast, and Salon, the left-wing media reaction was that the visibly concerned CNN correspondent reminded the visibly uncaring GOP governor that he has failed to save lives --- and is still failing to do so --- while President Biden is attempting to save them. 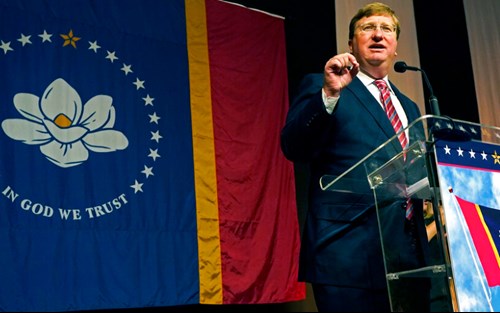 “I'm saying to you, your way's not working,” Tapper lectured the Governor at one point, when Reeves insisted cases and deaths have dropped dramatically in his state, a fact that would make Tapper’s head line-making accusations irrelevant.

News headlines across the state back up the Governor’s claim. COVID cases are “leveling off” in DeSoto County, one of the rural state’s most-populated counties, and the liberal Mississippi Free Press reported cases continue to “recede” across the state but deaths remain high.

Asked about Tapper’s accusations, a spokesperson for Gov. Reeves tells American Family News that hospitalizations, ICU cases, and patients on ventilators in Mississippi are down approximately 50%, 40%, and 40% respectively from the peak of the Delta variant.

“It’s not surprising,” the spokesperson said, “that the liberal media is choosing to cherry-pick statistics that fit President Biden’s narrative."

For the seasoned CNN host, Mississippi and its Republican governor presumably made an easy target for an on-air ambush. Mississippi ranks 48th for vaccination rates and its small population of 2.9 million ranks at the top for per-capita COVID deaths when compared to other states. But the talk show host made his possible intentions clear two-thirds through the interview, when he appeared exasperated at Reeves and demanded to know what he is doing to make cases and fatalities drop.

“You seem to be very, very activated when fighting the mandate from the federal government,” Tapper lectured. “I understand the arguments you’re making but what President Biden is trying to do is save lives.”

The on-air attempt to shame Gov. Reeves was not entirely unpredictable. Three days before the CNN interview, President Biden announced he was mandating that private businesses force their employees to get a COVID-19 vaccine. During the speech, the President singled out Mississippi for its long list of mandatory vaccinations to attend public school in the state.

“Some of the same governors attacking me are in states with the strictest vaccine mandates for children attending school in the entire country,” Biden said. “For example, in Mississippi, children are required to be vaccinated against measles, mumps, rubella, chickenpox, hepatitis B, polio, tetanus, and more. These are state requirements.” 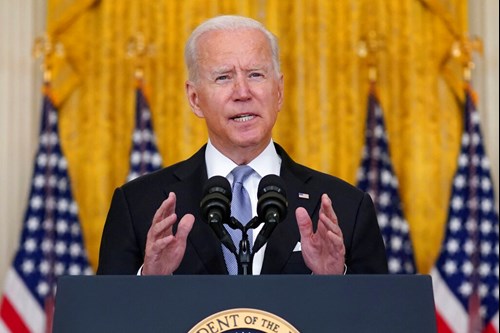 Responding to being singled out, Reeves called Biden’s edict a “tyrannical move” on social media. He further stated there is a “huge difference” between laws passed by a state legislature, referring to the public school vaccinations, versus President Biden “threatening American workers’ ability to feed their family.”

Seventy-two hours later, Gov. Reeves was appearing on the “State of the Union” program, where a somber-looking Tapper told the Governor that his state, if ranked worldwide, would lead Peru in per-capita fatalities.

“My question is: What are you going to do to change this?” Tapper demanded.

“The best thing for Americans to do, to protect themselves from the virus,” Reeves responded, referring to the vaccine, “and again we believe in personal responsibility---"

“So you’re not going to change anything?” Tapper replied as the interview was winding down.

Back at the beginning of the interview, the Governor was allowed time to describe how he was concerned about COVID cases in his hard-hit state but he also warned about President’s Biden’s vaccine mandate.

“For my friends on the Left, I just want to point something out: This should scare you as well,” Reeves said. “This should scare Democrats just as much as it scares Republicans because the fact is, if we give unilateral authority by one individual to do anything that he wants to do, whether it’s a jab in the arm or anything else, then this country is in deep, deep, deep trouble.”

Judging by the headlines that followed the interview, the Left disagreed. Reeves was called a "bumbling" governor in a Daily Beast headline, and Newsweek and Salon suggested Tapper had attempted to confront the governor over his terrible record.

"Tate Reeves and the high cost of COVID incompetence," reads the headline of a post-interview op-ed at The Washington Post.

According to the columnist, because Mississippi has been hit hard by the virus, and the blame lies with Gov. Reeves, "what is the problem with a vaccine mandate?"

Gov. Reeves had expressed his concern with that presidential power in the CNN interview, as quoted above, but the Governor's warning to Tapper and his audience about a U.S. president holding "unilateral authority" was nowhere to be found in the Post commentary.