Subscribe
MSNBC host makes bizarre claim but nobody saw it

MSNBC host makes bizarre claim but nobody saw it

A conservative group is waiting for a controversial MSNBC host to apologize for the bizarre claim it wants to “defund” the U.S. armed forces but, if history is any indication, the host will keep on rolling along like nothing was ever said.

In a segment about teaching Critical Race Theory in the military, MSNBC host Joy Reid told her audience that Heritage Action wants to “defund the military” if CRT is included in a Pentagon spending bill.

That claim “could not be further from the truth,” Lindsey Curnutte, a spokeswoman for the group, tells One News Now.

"What we are trying to do,” Curnutte counters, “is make sure that any funds for the military are not being used to promote and teach this radical theory.”

Jessica Anderson, the executive director at Heritage Action, similarly told Fox News the well-known conservative group is asking Congress to address the controversial anti-white training that is reportedly taking place in the ranks.

“Congress has a unique opportunity with the upcoming NDAA to right this wrong,” Anderson said, “and ensure military spending is not flowing to CRT training or education.”

Pentagon officials have told Senate Republicans there is no such training or lessons being taught but GOP lawmakers have said a new whistleblower website has been busy documenting otherwise.

In Congress, Critical Race Theory has gotten the attention of GOP lawmakers for its controversial view that whites dominate culture, media, politics, and education to oppress minorities and remain in power. Defenders of CRT describe it as a lesson about racism, or a historic view of America's racist history, but the actual academic theory is that present-day whites are just as racist as their Jim Crow ancestors and must atone for it. 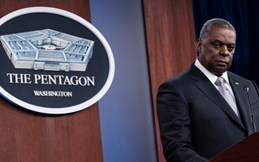 At the same time lawmakers are addressing it in the U.S. armed forces, Rep. Glenn Grothman (R-WI) has introduced a bill that forbids students in the District of Columbia from being subjected to CRT and its teachings about racism, oppressors, and white privilege.

In the same recent segment on her program, Reid seemed to defend Critical Race Theory as “anti-racism” and called complaints about it as a “fake controversy" created by right-wing critics.

“Heritage Action,” Reid went on to state, “is saying they want to now try to place this language about this made-up stuff into must-pass bills and defund the military.”

A history of questionable comments

In 2017, after a Bernie Sanders supporter attempted to assassinate Republican lawmakers on a baseball field, Reid told her audience that wounded congressman Steve Scalise has a “history” of questionable actions on race, health care bills, and same-sex marriage. 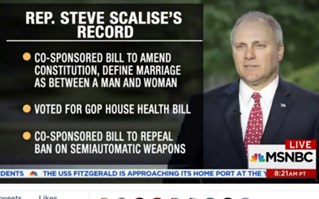 Scalise, at the time, was recovering in a hospital bed after being shot through the stomach by the crazed gunman during the practice game.

Top-rated Fox News happily pointed out in its recent story that Reid made the comments about Heritage Action as her nightly show scored the lowest viewers ever since the show began in July 2020. That meant it was beaten by 15 Fox News shows, five other MSNBC shows, and eight programs on liberal rival CNN.

Reid has been a plumb target of Fox News in the past, such as a March story that highlighted the most bizarre and incorrect claims she has made on-air.

A letter to the secretary of Veterans Affairs, signed by dozens of House members, accuses the VA of enacting a policy change the lawmakers argue is "wholly incompatible" with the agency's mission to honor America's veterans.