'Juneteenth' commemorated, and politicized, but not 'woke'

President Joe Biden and his Democrat allies on Capitol Hill are taking a victory lap for making “Juneteenth” a federal holiday but it was Republicans in Congress, and former President Donald Trump, who have also backed the idea.

Pro-life leader Dr. Alveda King, niece of the Civil Rights leader, points out that Donald Trump got behind the initiative to commemorate June 19 as a federally recognized holiday. During a 2020 campaign stop in Atlanta, a majority-black city, Trump reminded the crowd that he supported making Juneteenth a federal holiday.

“Many continued to work,” King says of that effort, “but I thank God for everyone who has now worked so hard to make Juneteenth a national holiday.” 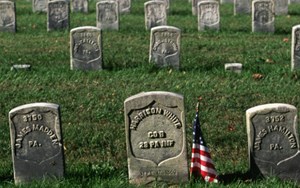 GOP leaders in 2020 proposed making Juneteenth a federal holiday and dropping Columbus Day in order to keep the number of federal holidays the same, but that effort did not go far despite a bipartisan effort.

"We support celebrating emancipation with a federal holiday,” Sen. Ron Johnson said at the time, “but believe we should eliminate a current holiday in exchange."

Martin Baker of Project 21 tells One News Now that recognizing such a dark time in our nation’s history would be better served by recognizing December 6, the date the 13th Amendment was ratified.

In an interview before the House vote, Baker predicted the issue would create division by black Americans asking why it took so long and by white Americans suspicious of the motives behind it. The bipartisan measure was signed into law this week during a nationwide debate over Critical Race Theory, and its Marxist-based claims of “white privilege” and white “oppressors,” which likely makes some Americans suspicious of Democrats’ motives.

Project 21 leaders, many of them recognizable to One News Now readers, shared differing views over recognizing June 19, 1865 as a federal holiday according to a press release from the national organization.

“Juneteenth isn’t some ‘woke’ new holiday invented by the left,” Kay Coles James, who leads the Heritage Foundation, stated on Twitter. “Begun in 1866, it’s the annual observance of the end of slavery in 1865.”

In the same Twitter post, James links to a Washington Times op-ed she wrote explaining the history behind the holiday, which her family celebrates, and assuring readers it shares no history with current left-wing theories and controversies of the day.

James also quotes French historian Alexis de Tocqueville and his observation that America has an “ability to repair her faults,” which includes recognizing both our past faults and how far our country has come, she writes.

Reacting to debate over the now-federal holiday, black pro-life leader Ryan Bomberger said Juneteenth is about "emancipation of an entire nation" because it freed the "shackled" and prevented the "former shacklers" from treating fellow human beings as property.

A college student group that knows firsthand how the Left stifles conservative views on campus has found some free speech advocates on Capitol Hill.