Subscribe
Iranians involved in 'miracle' revolution to win their freedom

Iranians involved in 'miracle' revolution to win their freedom

The determined effort by protesting Iranians to win their freedom is being called a miracle by a U.S.-based ministry that has watched the gospel spread in the Sharia-dominated nation for decades despite terrible persecution.

Mohamad Faridi, who leads Iranian Christians International, tells AFN the death toll from protests that began in mid-September has climbed to 400 victims so far. The number of people arrested, he says, has climbed to more than 20,000.

AFN reported last month Iran’s despotic leaders are attempting to contain protests with bullets and arrests after “morality police” in Tehran arrested, tortured, and killed a young woman, Mahsa Amini. She had traveled by train from a Kurdish town to visit family in Tehran, where she was stopped and arrested at the train station for her clothing. 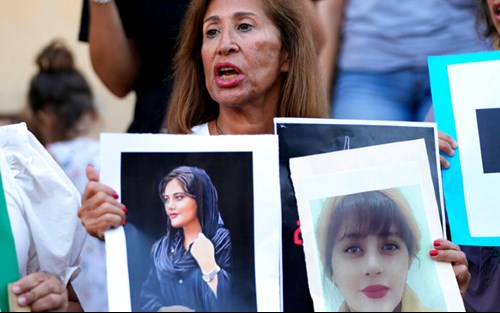 The beatings were so bad Amini slipped in a coma, then died. Authorities blamed a heart attack.

Thanks largely to the reach of social media, the world has watched footage of street protesters chase away riot police and school girls burn their hijabs in the street.

The violent deaths of other protesting Iranians has also been shared across social media, too, adding more names to the street chants as protesters march for freedom.

This week, on the 40th day marking Amini's death, Iranian police opened fire on mourners who gathered at her grave, the BBC reported this week. Those mourners ignored roadblocks and walked miles on foot to get there. Their bravery and defiance was also shown on social media. 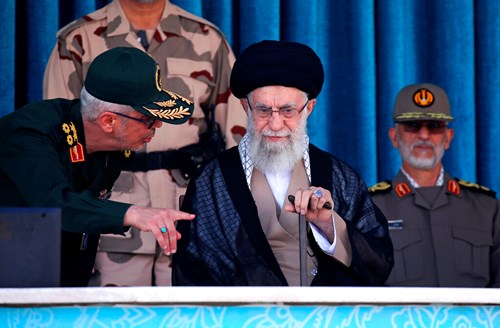 Watching all of this unfold, Faridi says the U.S. Congress can do something: Demand the Biden administration stop negotiating with Iran’s wicked leaders who are killing their own people to retain power.

“The revolution that is happening in Iran is a miracle,” he says. “Iranian people need the support of the western government and not to be abandoned.”

Faridi and his Colorado-based ministry date back to the 1980s, when there were few Christians in Iran and "Death to America!" chants were making headlines. The ministry says the Church in Iran has grown over several decades but it was terrible persecution, including the deaths of martyred bishops, that made the Church flourish.

The huge impact of a simple note

Believers again have the opportunity to be a blessing to missionaries and persecuted Christians around the world by participating in the Orange Letter Campaign, which begins today (Monday) and runs through November 4.