A faith-based group that helps China's persecuted Christians is calling attention to a church congregation that fled the communist-run nation for South Korea, where the pressure is building to return them.

In 2019, Pastor Pan and his 60-member congregation of the Mayflower Church fled China and escaped to the safety of South Korea.

Jonathan Dingler of China Aid explains why the church was on the run: Pastor Dan bravely signed his name on a statement calling for China's authoritarian president, Xi Jinping, to repent. In all, 400 pastors signed their names and that made them a target of the Chinese Communist Party.

"They were afraid," Dingler says of Pastor Dan and others, "that they and their children would be subject to imprisonment or residential surveillance." 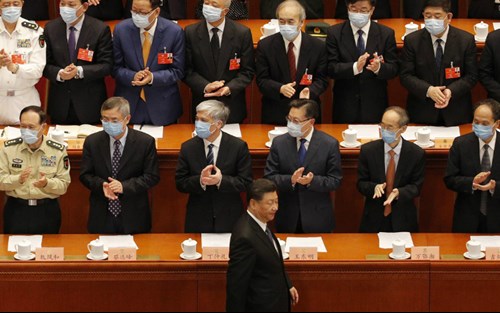 The members of Mayflower church landed on Jeju Island in South Korea in 2019. Soon after, COVID struck, so China did nothing to extradite them back to the country. Lately, however, it’s been a different matter.

“South Korea really does not want them there,” Dingler shares, “because they’re under pressure from the Chinese government to turn them back over. But they don’t like China either, and so they are kind of in the middle, in the sense that they are kind of delaying the inevitable of extraditing them back to China.

“But they do know that they’re not really allowed to give them asylum,” Dingler adds, “or else they would face some sort of consequence from China.”

Despite the hardships this church is facing, the members continue to have hope. Elder Wenshen Wan posted an update to ChinaAid about their situation. Reflecting on his childhood in China, and how he grew up growing his own food, he compared the church’s time of waiting in South Korea to the managing of a garden.

"As long as you manage the land according to the time predetermined by God,” he pondered, “you will be able to produce.”

Elsewhere in the elder's writings, he acknowledged South Korea will not give them permanent resident but shared that the congregation still believes "God will bring us to a place where we can worship Him freely and pass on His Word to our children and grandchildren."

ChinaAid is working vigorously to find a solution for the group while helping them financially and exploring every legal angle to resolve their plight.

Fellow believers can send an email encouraging the Mayflower Church at themayflowerchurch@gmail.com.

Chinese pastor continues to count it all as loss

An organization that believes religious freedom is the first freedom that lays the foundation for all other basic human rights is encouraging believers to pray for their brother who is in prison again..