A former U.S. ambassador has some recommendations on how to handle the slaughter of Christians in Nigeria.

Tens of thousands of Christians have been killed by Muslim groups in attacks in central and northern Nigeria, and there seems to be no let up. The western African nation is ranked #9 on Open Doors' 2021 World Watch List of countries where it is most difficult to follow Jesus Christ – and according to Open Doors USA, more Christians are murdered for their faith in Nigeria than in any other country.

Sam Brownback served as the U.S. Ambassador at Large for International Religious Freedom from 2018 to 2021. He tells AFN the major problem in Nigeria is the bureaucracy, the leadership there – as he quickly learned while serving as ambassador. 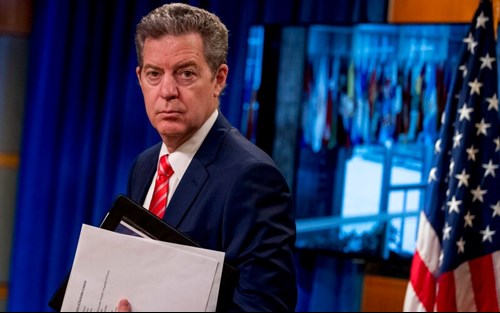 But the former ambassador, who is currently with Open Doors USA, says that at the end of the day primarily Christians are being killed in large numbers by Muslim Boko Haram terrorists and Fulani herdsmen.

"You've got militant Muslim national global organizations moving into the region for a terrorist convention, wanting to make northern Nigeria and that entire region into a caliphate – and this is a witches' brew," he adds.

Brownback argues that the U.S. needs to push back – in terms of its aid and support – to show some strength against the radicals and terrorists, something that's just not being done by the current administration in Washington.

The people of Afghanistan are facing widespread starvation in a country where violence and bloodshed are a daily occurrence, and now comes even worse news for families living under the Taliban regime.