A victim of Cuba’s communist regime, who escaped to the United States decades ago, says asylum seekers coming to the United States are fleeing from despotic regimes, too, but the issue is complicated by dangerous politics in their home country and by socialist politicians in the U.S.

Author-activist Humberto Fontova, who fled Cuba as a child in 1961, is watching with interest as native Venezuelans, Nicaraguans, and Cubans are among the illegal aliens who are applying for asylum in the United States with no plan to return to their home countries. 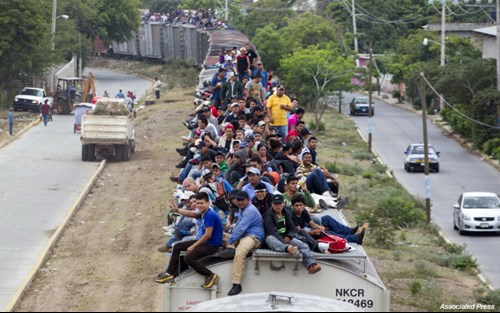 In recent days, U.S. Customs and Border Protection released its statistics for August that show 157,921 encounters with illegal aliens last month. Of that number, the Border Patrol said, 35% came from those three countries which represents a 175% jump over last year.

Chris Mangus, who is commissioner for the Border Patrol, said “failing communist regimes” in Venezuela, Nicaragua, and Cuba are driving a “new wave” of immigrants to seek a new home in the U.S.

A majority of those requesting asylum do not meet the strict guidelines but they disappear into the country while their case is pending, which can take years.

Fontova agrees those socialist governments that have failed their citizens, but he warns not all of them should be welcomed as new citizens of their adopted country.

“I've seen that [Nicolas] Maduro is emptying his prisons,” Fontova says, referring to the Venezuelan dictator, “and I have to believe that Cuba is sending undesirable elements, too.”

According to a Homeland Security intelligence report obtained by Breitbart News, dangerous criminals were freed by the Maduro regime and were mixed in with “migrant caravans” that were traveling to the U.S. over the summer.

Considering his own escape from Cuba, and knowing criminals are included in those statistics, Fontova says it is a “sticky problem” for him personally after being welcomed into the U.S. many years ago.

Another consideration, he adds, is the propaganda the refugees are hearing as they make their way to the U.S. They might be fleeing failed socialist regimes, Fontova says, but they are being told the Democratic Party is the party that welcomes them and will give them free welfare benefits as soon as they arrive on U.S. soil.

The U.S. Air Force has been outed for carpet bombing its officer academy with more dangerous woke stupidity, this time for dropping the terms “mom” and “dad,” and for a class exercise in which the future second lieutenants write down animal names to demonstrate their diversity.