A photo provided by the U.S. Air Force Academy shows cadets who graduated from a "Diversity and Inclusion Program" at the woke military school. The cadets wear a purple rope to show they are a "diversity representative."

The U.S. Air Force has been outed for carpet bombing its officer academy with more dangerous woke stupidity, this time for dropping the terms “mom” and “dad,” and for a class exercise in which the future second lieutenants write down animal names to demonstrate their diversity.

In an exclusive story, Fox News reported the cadets at the United States Air Force Academy are being forced to sit through a “Diversity and Inclusion” class in which they are advised to use “person-centered” and “gender-neutral” language. So words such as “parent” or “caregiver” should replace “mom” and “dad” in conversations with fellow cadets, a slide presentation stated. 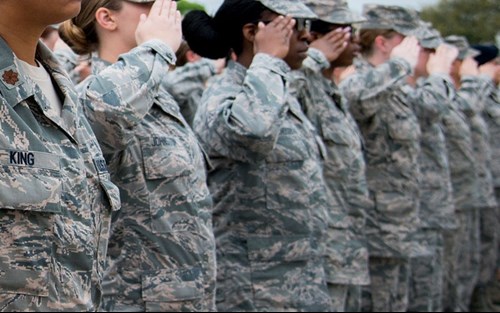 Instead of “boyfriend” or “girlfriend,” the slide presentation said, “partner” is preferred.

In the article, the Fox story points out Air Force Academy cadets all already immersed in a cult-like culture of wokeness. There is a “reading room” to learn more about diversity and inclusion, and graduates of a special “Cadet Wing Diversity and Inclusion Program” receive a purple rope to wear on their uniform. The rope tells other cadets they are a “diversity representative” who is qualified to tell fellow cadets about diversity among the cadet corps.

It is not clear from the Fox News story if the slide presentation is part of that "Diversity and Inclusion Program" or if it was presented to cadets in another classroom.

Fox New credited Rep. Mike Waltz, a Republican congressman from Florida, for obtaining the slides and for sharing them with the cable news channel. A former Green Beret and Afghan War veteran, he told Fox News “it’s been a tradition in the military to get letters from mom and dad or your boyfriend and girlfriend for as long as there's been a military."

A cadet should now inform his dorm roommate a letter from his “caregivers,” or from his “partner,” has arrived in the mail, according to the “inclusive language” instructions. 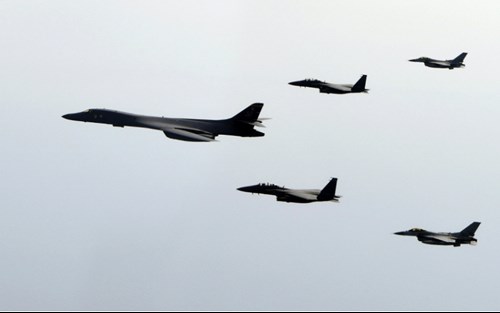 "I think the Air Force,” Rep. Waltz said, “should be worried about the macro aggressions against America that are happening all over the world."

AFN reported in a Sept. 6 story a key air force base on the island of Guam has advised senior leaders there to use gender-neutral terms in written reports and performance reviews. That facility, Andersen Air Force Base, is located southeast of Taiwan, where a future naval and air battle there with China would involve its personnel.

Former military chaplain Gordon Klingenschmitt, himself a U.S. Air Force Academy graduate, tells AFN the military’s wokeness is “on steroids" at the Academy. He fears for cadets who object to such “nonsense” and predicts they will be punished for refusing to drop “mom” and “dad” from their everyday language.

“This woke diversity,” he warns, “is going to end up discouraging morale, and creating divisiveness instead of inclusion, as they say they intend."

In the Fox News story, Rep. Waltz said he was aware of the “purple rope” cadets wear and likened that to the political officers in the former Soviet Union’s military.

Those soldiers, referred to as “commissars” and later “zampolits,” were dedicated to the Communist Party’s propaganda and were responsible for teaching the tenets of communism to fellow soldiers. They also famously acted as spies and helped purge the Red Army of nonbelievers through most of the 20th century.

“I just think there are some really alarming parallels," the congressman said.

Klingenschmitt tells AFN he knows about the “purple rope” cadets, too. “And their job,” he says, "is to be a spy for woke ideology.”

In light of the economy-wrecking Biden administration, the U.S. Army is instructing soldiers to sign up for SNAP benefits, or food stamps, if they are struggling to feed their families.