Subscribe
Military whistleblower: Rights of all Americans are on the line

Military whistleblower: Rights of all Americans are on the line

Why force a vaccination upon an otherwise healthy group of people who could develop natural immunity? That's the commonsense question that led to a court-martial for an Army officer – and now to an appeal for Congress to take action on behalf of thousands of patriots in the U.S. military.

As reported by AFN, members of Congress yesterday received a multi-page memo signed by nine officers of the U.S. military who allege the inoculations and mandates imposed by the Department of Defense were done so illegally and violated service members' rights. Those who penned their signatures to that whistleblower memo have asked Congress to step up to protect the rights of American's unvaccinated service members.

One of those officers who signed their name to that memo is U.S. Army 1LT Mark Bashaw, who was interviewed by American Family News shortly after the memo hit Capitol Hill. Bashaw's individual efforts, however, began earlier. 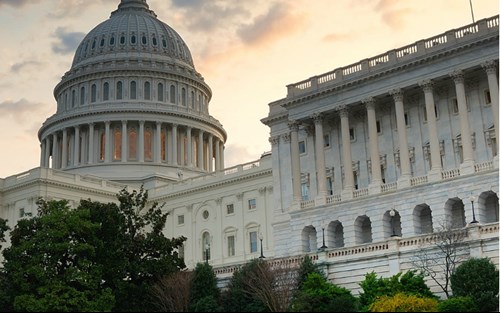 On August 4, the Army officer submitted a detailed whistleblower declaration to Senator Ron Johnson (R-WI), because his elected official – Congressman Charles Perry (R-TX) – "did not respond whatsoever" to his earlier inquiries about the military vaccine mandate. Clearly, Bashaw wasn't deterred by Perry's silence, following that up by signing onto the larger whistleblower declaration submitted to members of Congress on Tuesday.

Bashaw shares that the military vaccine mandate "did not make sense" to him from the start – particularly because several alternative forms of treatment were showing promise (e.g., drugs like hydroxychloroquine and ivermectin, as well as a healthy diet and healthy living).

"I was confused by the mandate requiring service members who are, at large, young and healthy," he tells AFN. "It quickly became very clear that the vaccines were perceived by the government and military leadership as the only answer to the coronavirus."

Bashaw says that in the two years since the coronavirus reared its ugly head, it has become quite evident to him – and many others in the military – that vaccines are "absolutely not" the answer … and that the use of ineffective vaccines has "defied logic and reason." He argues that "health and safety" was not the primary goal of those pushing a vaccine on the American population.

"If it were," he reasons," we wouldn't be forcing a vaccination upon a healthy population that has the ability to develop natural immunity." 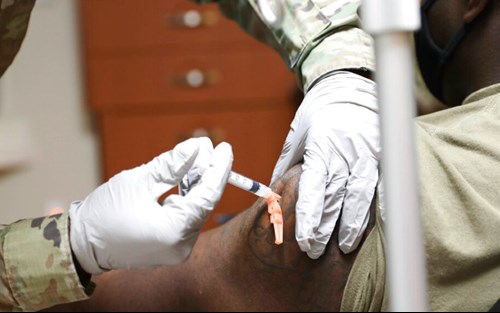 Bashaw's concern deepened as the vaccination process became widespread and, in many ways, was almost a given. "[But] come to find out, what they were offering wasn't even an FDA-approved and licensed vaccination, [as] it was an Emergency Use Authorization (EUA) drug the entire time."

For that very reason – and as spelled out in Tuesday's whistleblower memo – the Army officer contends servicemembers have the "absolute right to accept or refuse" the inoculation.

Bashaw admits that upon submitting his life to Jesus Christ, he knew his Lord and Savior was enough. "I was done sticking chemicals in my body," he shares. As a result, he submitted a religious accommodation for all vaccinations – which was denied by the Surgeon General of the Army. Bashaw awaits the results on an appeal.

Those who, like him, are unvaccinated are subjected to what he describes as "discriminating and targeted testing" that was implemented by the Department of Defense.

"It seemed to me that they were trying to weaponize these tests to try to get service members in a position to single them out, to make them feel alienated, and to get them to participate with the vaccination," says Bashaw. 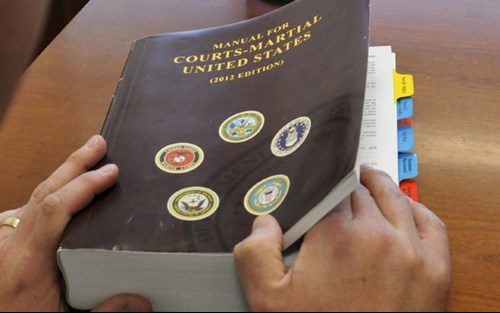 Bashaw's refusal to participate in the vaccine, the testing, and the masking also resulted in a court-martial a few months ago. "While I have the right to accept or refuse," he states, "leadership and even the judge skipped over my documentation, including an entire part about applicable statutory federal law."

Although Bashaw's court-martial resulted in no additional punishment and erases any expectations he has to be promoted to Captain, he finds himself in another predicament.

"Leadership is saying they've lost trust in my capabilities as an officer, and the commanding general has initiated elimination based upon my conviction," he describes. Despite a series of rebuttals, he keeps finding himself within 30 days of elimination from the Army.

Bashaw has initiated all official chain-of-command processes at every turn to try to redress his concerns and the rights he claims were "blatantly violated." Still, with the most recent documentation submitted, he remains hopeful the commanding general or Judge Advocate General of the Army will review it and "make the right call."

As an uncertain future unfolds, Bashaw requests prayer for himself and for the tens of thousands of his fellow service members going through the same thing and facing termination from the nation's military. In the meantime, he plans to continue to stand up for his rights.

"Because when I stand up for my rights and the rights of service members and what we have codified in law and in the Constitution, it's not only standing up for myself or the military, but also for the American people," he explains. "Collectively, we are standing together."

As Beijing grows bolder seemingly every day, an invasion of Taiwan appears inevitable. The communist regime's recent military drills, says a former naval intelligence officer, were a "dress rehearsal" for such an attack.