Europe readying for war and some still remember who warned them

President Donald Trump, seen speaking at the United Nations, warned Europe and its leaders about Russia but was ignored.

Russia’s military invasion of Ukraine has awakened the free nations of Europe, which depend on Russia for gas and energy, and on the United States to defend them, and some people have not forgotten who warned Europe’s arrogant leaders of their perilously short-sighted future.

As if awakened from a deep sleep by Russian tanks and warplanes, NATO members in Europe are now shipping lethal weaponry --- Javelin and Stinger missiles, machine guns and automatic rifles --- into Ukraine’s neighbor Poland, where the weapons are being trucked into the war zone in Ukraine. Along with weapons, helmets, body armor, and field rations are also being shipped into Ukraine from NATO, including from Germany, after its leaders reversed a post-World War II policy about arming nations that are involved in armed conflict.

Bauer and many others have not forgotten that Trump, as president, demanded NATO members in Europe fulfill their own 2016 pledge made during the Obama administration to increase military spending. That unmet pledge was to increase spending to just 2% of their budget but Trump, as recently as 2018, was urging them at an annual meeting to increase the military defense spending to 4%.

That 2018 story, from CNBC, quotes NATO Secretary-General Jens Stoltenberg who told the media that eight of 29 allied countries in NATO had hit the 2% goal.

"We should first get to two percent," Stoltenberg complained at the time, but anyone with knowledge of negotiating could understand Trump's negotiating tactic.

According to a Reuters story of that encounter, NATO members “brushed off” Trump’s demand as another example of his “brash” behavior that was unwelcomed among the more diplomatic politicians.

Now, four years later, war has come to NATO’s footsteps. Germany’s chancellor announced two weeks ago the nation would increase defense spending from 1.53% to more than 2% of its economic output, Reuters reported.

"We will have to invest more in the security of our country,” Chancellor Olaf Scholv told parliament, “to protect our freedom and democracy.” 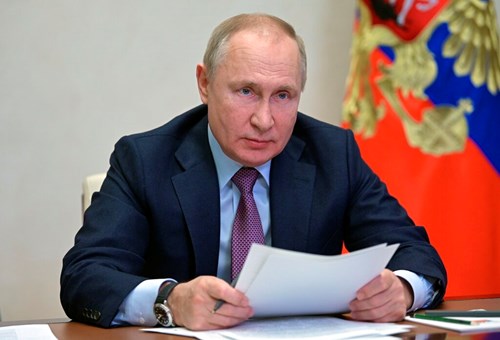 Speaking to her AFR radio audience, show host Sandy Rios played a clip of then-President Donald Trump speaking at the United Nations, where he warned Germany’s delegation about “totally depending” on Russia for its fuel and gas.

“Reliance on a single foreign supplier can leave a nation vulnerable to extortion and intimidation,” Trump said in his speech. “That is why we congratulate European states such as Poland for leading the construction of a Baltic pipeline, so that nations are not dependent on Russia to meet their energy needs.”

Rios pointed out to her audience that television cameras, panning to Germany's delegation, showed the Germans snickering at Trump’s warning.

“I wish there was some way,” Bauer says, “to send one big apology letter to former President Trump.”

A Ukrainian-born congresswoman is appealing to America and her president on behalf of the beleaguered people of her homeland.