USMC officer raises the alarm about impact of vax mandate

A Marine Corps officer is up to the challenge of opposing the COVID-19 "vaccine" mandate being foisted on the U.S. military. But regardless what happens in his case, he sees serious implications for booting out those who "refuse to get the jab."

American Family News spoke to Major Lewis Paul (a pseudonym), who has served in the Marine Corps for almost two decades. He finds himself in the same predicament as thousands of other Marines, having been denied religious accommodation for the Biden-imposed COVID-19 vaccination mandate. To date, not a single request for religious exemption within the Marine Corps has been granted by the Pentagon.

Paul has appealed directly to the Commandant of the Marine Corps – and if his appeal is denied, he will have 30 days to comply by taking the vaccine or face punitive separation from the Marine Corps. 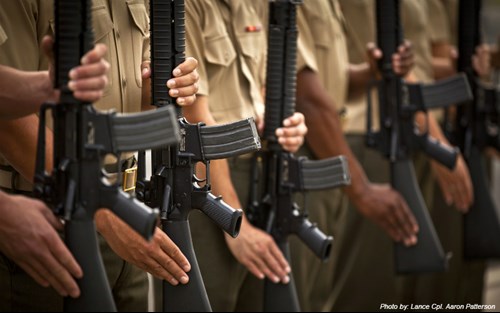 As the Marine officer awaits a final decision, a number of things are weighing heavily on his mind. The most obvious, he says, are the military benefits that come with nearly 20 years of honorable service – which include healthcare benefits, a retirement pension, and school benefits for his child.

"Contrary to popular belief," he admits, "the skills many Marines have when they exit the Marine Corps are not always skills that transmit right into the civilian sector." As a result, he explains further, the loss of benefits could affect the future of any Marine forced to leave the Corps – including himself.

Having served in the Marine Corps for his "entire adult life," Paul shares that all he has ever known is the Marine Corps. It is with this perspective, he says, that one can see deeper wounds being inflicted on him and his fellow Marines.

For example, being forced out of an organization that prides itself for being "Always Faithful" for the crime of keeping his faith leaves him feeling "utterly betrayed," he admits – adding that that's a feeling he and many other Marines won't be able to walk away from unscarred.

Paul goes on to say that the last year has been "absolute hell" for him and his family.

"Standing up against the vaccine mandate has been like working a second full-time job that takes a serious mental and physical toll," he says. "In addition, I've actually had to fill in for multiple personnel who fell out because they caught COVID – even though they were fully vaccinated."

He can chalk all those hardships up to being a Marine, but he admits it's the uncertainty and concern for the future of the Corps that causes the most grief. He once considered it "easy" to go on a deployment because he always knew the Marine Corps would take care of his family, even if he should fall in combat.

"But now," he laments, "there is a total loss of trust and confidence in leadership."

'Level of strength' an issue

According to Paul, the lapse in judgment regarding the full enforcement of the vaccine mandate has greater implications than most people realize. He points out that an estimated 40,000 to 50,000 active-duty servicemembers across the Department of Defense (roughly the equivalent of 40 to 50 battalions) have "refused to get the jab" – and that many more have chosen to "silently exit because they are disgusted by what they see in the leadership's decisions." 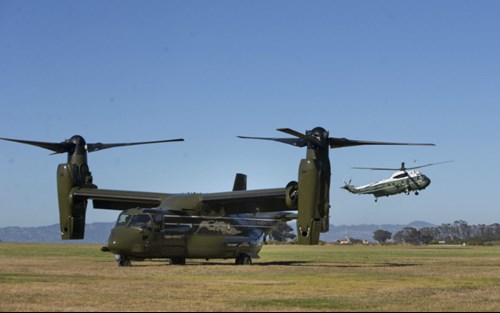 "That should alarm everyone," he warns. "Raw numbers of personnel matter, especially in light of threats coming from China and Russia."

Simply put, says Paul: The Marine Corps may be on the brink of finding itself at its lowest level of strength in modern history.

Military and civilian leadership, he contends, owe it to the Marine Corps to address each of these important issues without bias – and to get it right, he adds, it's going to take a lot of "honest conversation" from those leaders. In the meantime, he asks for prayer – not only for he and his family, but also for his comrades in the Corps.

An immigration watchdog predicts Democrats will refuse to retreat from their wildly unpopular stance on illegal immigration and the porous southern border, and they will do so partly because of their unhinged hatred of Donald Trump.