Threat to pro-life docs a tale of trickle-down bullying

The professional and vital work of pro-life obstetricians and gynecologists is in jeopardy after a national board has been bullied to punish them. Meanwhile, the federal government is targeting pharmacists who hold pro-life views, too.

It’s no secret abortion supporters turned into a rabid angry mob after the Supreme Court overturned Roe v Wade, and now that mob is chasing down physicians. In a statement issued July 8, the American Board of Obstetrics and Gynecology, or ABOG, said it will investigate doctors who are accused of disseminating “misinformation” that could “harm the patients we serve or public health.”

That threat was not taken lightly by the American Association of Pro-Life OBGYNs. The group told Fox News it is exploring legal options against ABOG because the Hippocratic oath means female patients have the right to hear the truth about abortion.

Dr. Susan Bane, a certified OB/GYN and member of the pro-life group, tells AFN the angry abortion supporters are really targeting pro-life physicians but they first had to bully the national board. 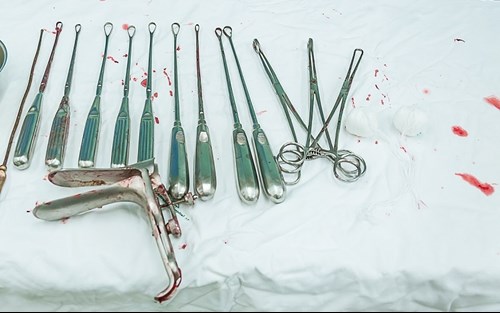 “They are basically threatening these doctors with canceling our board certification," she warns, "and for giving basically evidence-based information to our patients about the effects of abortion on women.”

Beyond the moral issue of terminating a human life, women are routinely harmed in abortions. Thanks to pro-life activists who document those incidents, AFN has reported on the ambulances that make the trip from the clinic to the hospital emergency room.

AFN has also reported over the years how abortion doctors are allowed in many cases to keep their board certification, or to win it back, even when a woman is hurt.

According to Bane, medical professionals were threatened during the COVID-19 pandemic with career-ending punishment if their views were outside the approved beliefs. That threat has now moved on to abortion or “reproductive health care.”

In a related attack on pro-life views, the federal Health and Human Services agency has announced it will punish pharmacists with a charge of discrimination if they refuse to fill prescriptions for abortion-causing drugs.

Tabitha Walter of Eagle Forum tells AFN the requirement is "overreach" because it violates HHS guidelines that protect the conscience rights of medical workers.

"They're operating in hypocrisy every day," she says of the HHS, "and they don't even know how they are going to enforce this measure."

Editor's Note: This story has been updated with comments from Tabitha Walter, of Eagle Forum, about the HHS guidelines for pharmacists.

While a noted immunologist is still recommending COVID shots for everyone, even though he admits they do not protect "overly well" against infection, a registered nurse offers a second opinion.