A former CIA operations officer is sounding the alarm about a bio lab in Kazakhstan, one that is being funded by the U.S. government to perform research just like what was being done at the now-infamous Wuhan Institute of Virology in China.

Recent social media posts and Russian reports are coming from a biological laboratory near Almaty, Kazakhstan, where it is being suggested a leak of dangerous pathogens may have occurred.

The country is currently in a mess of deadly riots by mysterious groups, and now a government counter-intelligence chief has been accused of treason. Meanwhile, the Kazakh Ministry of Health denies the facility has been seized by the military to push away protesters.

Sam Faddis, a former CIA officer, tells American Family News the lab now making international news has ties to the United States going back to 2003. It was being funded by U.S. dollars at the Pentagon, he says, “to the tune of millions of dollars over decades.” 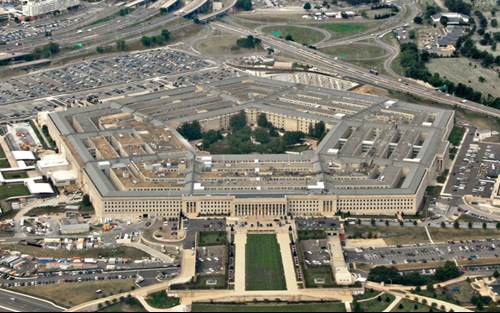 Since 2013, the lab has focused on pathogens that could be used in biowarfare attacks, and American scientists working there “mentor” projects on anthrax, plague, tularemia, highly pathogenic avian influenza, brucellosis, and more.

“Theoretically, the work is all supposed to be defensive in nature, but the problem is that with biological weapons, everything can be considered dual use,” Faddis advises “People can learn to weaponize and distribute a virus, for example.”

On top of that, he warns, one of the “ugly truths” about such dangerous biolabs is the fantasy that they are "hermetically sealed” to ensure safety. In a place like Kazakhstan, he questions whether the lab procedures would be “anywhere near as tight” as they would be in another part of the world. That safety concern was leveled against the Wuhan lab years ago, before the alleged virus leak, by U.S. government officials, too.

Calling it “incredible dangerous,” Faddis suggests there is always a chance “that this stuff is going to get loose, like what happened in Wuhan.”

Two years into the coronavirus pandemic, he says, U.S. government agencies are heading down that same road and “pouring money into incredibly dangerous work in an unstable place.”

The same country obsessed with masking school children for COVID-19, Faddis complains, is spending millions of dollars to study the bubonic plague in Kazakhstan.

Dr. Anthony Fauci is being “raked over the coals” for Wuhan research, which he deserves, he says, but similar research is happening all over the world with Pentagon funding.

“It’s like this administrative state,” he concludes, “is just driving on with blinders on.”

A southern rally for medical rights

A gathering next week at the Mississippi Capitol will proclaim that everybody has the right to decide when to take an injection – and to know what's being injected.