Subscribe
Study: Turns out Trump probably right on HCQ after all

Study: Turns out Trump probably right on HCQ after all

Results from a new study show that former President Donald Trump was most likely right about his assertion that hydroxychloroquine saves people's lives from COVID-19.

"Most COVID studies have not considered days of therapy, cumulative dose or weight-adjusted dosing," the conclusion of the MedRxiv study reads. "We found that when the cumulative doses of two drugs – HCQ and AZM – were above a certain level, patients had a survival rate 2.9 times the other patients."

Even though the study was just published in its preprint form on May 31 – before peer review – Omar L. Hamada, MD, the expert medical contributor for The Western Journal, is confident that the results of the study are incredibly promising.

"As more unfiltered evidence comes out on the origins, prevalence, disease progression and treatment of COVID, we begin to see a clearer picture," Hamada explained in a report from The Western Journal on Thursday. "One not unlike original suspicions driven by actual science – instead of one manufactured and spun by a government and media intent on manipulation and economic and societal destruction through a fear-driven agenda." 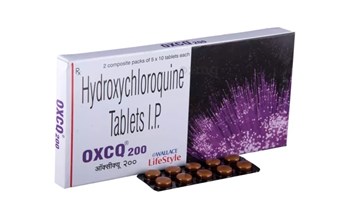 Trump was right, the media was wrong …

Little media attention has been given to hydroxychloroquine after evidence has surfaced identifying it as an effective treatment for COVID-19 – about a year after media outlets had repeatedly discredited Trump for his support of the drug that has been used for decades.

"The former president even took a two-week regimen of the anti-malarial drug after he had been diagnosed with COVID – and, of course, if Trump likes something, that means everyone on the left has to hate it with a burning passion," the Journal recounted.

"Democrats, progressives and left-leaning news personalities went after Trump, claiming his hope in hydroxychloroquine was nothing more than a conspiracy theory."

"You know, this network, these stars, they think they're helping the president, but they're actually hurting him when they push these narratives, and ultimately, they're misleading their viewers, and that's why it is so troubling." CNN's Brian Stelter said in April 2020. "Why would we ever think a Fox News star or any president should be promoting a drug? It's outlandish."

Similar conjecture from the mainstream media targeting Trump was witnessed when he blamed the Chinese for generating and leaking the coronavirus, calling the communist government to accountability and to be punished for unleashing and spreading the pandemic while lying about its culpability and the virus' origins.

Journalists and Democrats alike labeled Trump "racist" for blaming the virus on China while accusing him of being a conspiracy theorist.

Today, with Democrats, Republicans and medical experts supporting the Wuhan lab leak theory – as more and more evidence supporting Trump's claims continue to surface – the former president continues to stick to his guns and accuse China for the pandemic … calling for it to pay the United States for reparations after the U.S. economy shut down due to the pandemic.

Regardless, when conservatives have made valid, scientifically backed arguments about Democrats' leftist policies concerning anything from climate change to abortion to COVID lockdowns, the Left has faithfully condemned and dismissed such assertions as anti-science … or discounted them as right-wing conspiracy theories.

"What has been made clear throughout the pandemic is that – despite what they say – those on the left don't care about science," the Journal argued. "Rather, they'd prefer to pick and choose the scientific studies that support their ideological presuppositions; and when the science doesn't line up with what they believe – or if it simply proves Donald Trump right – then it must be a conspiracy theory."

A conservative activist says Dr. Anthony Fauci has credibility problems as evidence keeps piling up about the controversial virology lab in Wuhan, China, and his involvement in funding research there.