A conservative activist says Dr. Anthony Fauci has credibility problems as evidence keeps piling up about the controversial virology lab in Wuhan, China, and his involvement in funding research there.

Despite growing evidence COVID-19 originated in a research lab in Wuhan, which was ground zero for the pandemic, Democrats, Big Media, and Big Tech successfully shut down discussions or debate about the common-sense possibility the bat-testing lab was the source.

Now information is coming out that U.S. research dollars landed in Wuhan, too. 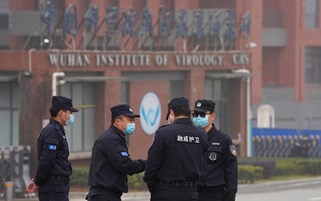 Fauci admitted under oath in May that NIH earmarked $600,000 that went to the Wuhan Institute of Virology over five years to study bat coronaviruses but called it a “modest collaboration,” The New York Post reported last month.

NIH cut off funding to  Wuhan partner EcoHealth Alliance in April of last year, when the pandemic began spreading across the United States.

Bauer says Fauci was playing “word games” with Republican senators who attempted to nail down his personal involvement with the the Wuhan lab.

“My hat goes off to Sen. Rand Paul of my home state of Kentucky, and Senator (John) Kennedy of Louisiana, both of whom were like junkyard dogs,” Bauer says. “They would not let go of the bone. They kept pressing him and finally we have learned about this grant.”

There is help for victims of PTSD

June is PTSD Awareness Month, and a seasoned psychiatrist says those who suffer from it have often confronted the ugliness of a fallen world.