Twitter's censors decided they were experts on children's mental health

The public keeps learning more and more about the secretive and pervasive censorship deep within Twitter headquarters, where conservative voices were targeted and punished, and where it’s becoming more apparent arrogant leftists brazenly assumed they were the good guys who decided with is good and bad, truth and lies.

After the first release of the so-called “Twitter files” Dec. 4 described the Hunter Biden laptop controversy, a second story hit Dec. 8 from journalist Bari Weiss. She revealed how Twitter employees used a variety of tools to block and hide posts from people such as Dan Bongino and Charlie Kirk, and the popular Twitter channel LibsofTikTok.

Curtis Houck of the Media Research Center says a picture is emerging of a hyper-partisan, activist army that was doing the bidding of delighted Democrats.

“Not only were conservatives blacklisted, senior Twitter executives were involved in calling the shots,” Houck says of the Weiss revelations. “There were multiple labels for blacklisting and shadow banning, for lack of a better term, that Twitter executives had previously denied.” 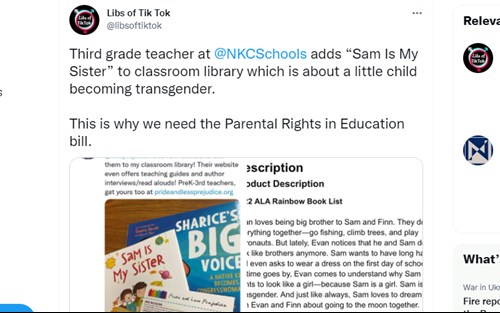 AFN has reported that Twitter’s new billionaire owner, Elon Musk, delivered the first Twitter files to independent journalist Matt Taibbi for the laptop story. For the second story, former New York times editorial writer Bari Weiss got Twitter materials directly from Musk. In a series of 30 Twitter tweets, she describes a mission by “teams” of Twitter employees to “build blacklists, prevent disfavored tweets from trending, and actively limit the visibility of entire accounts of even trending topics – all in secret, without informing users.”

Among the examples Weiss cites, Stanford School of Medicine researcher Dr. Jay Bhattacharya was put on a “Trends Blacklist” by Twitter. That secretive shadow banning prevented a post from him from rocketing in popularity on the social media site.

And what was Dr. Bhattacharya’s alleged social media crime to earn him such punishment? 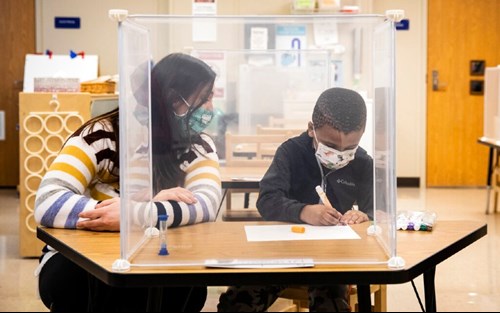 During the COVID-19 pandemic, he warned children would be harmed if they were isolated at home, away from friends and classmates, when schools shuttered their doors.

Lo and behold, a medical professor’s warning that was punished at the time for "wrong think" was later confirmed by the American Psychological Association in January and by Harvard University in a study released in April.

According to Weiss, Twitter’s censorship was known as “visibility filtering” by its Twitter executives. A small high-level team made decisions about accounts that were deemed “politically sensitive,” she wrote.

A part four, written by Michael Shellenberger, describes how Twitter responded to the January 6 riot – described by the Left as an “insurrection” – at the U.S. Capitol.

"Former Twitter executives are going to have a lot to answer for,” Houck predicts. “The question then becomes: are we looking at a series of FTC violations for Twitter violating its own terms of service?”

Attorney tossed from Twitter worked in all the right places

Elon Musk, the new owner of Twitter, has tossed out one of the corporation’s key attorneys after the billionaire unhappily suspected the lawyer’s fingerprints were all over internal documents related to Twitter’s attempts at censorship and deception.