Attorney tossed from Twitter worked in all the right places

Elon Musk, the new owner of Twitter, has tossed out one of the corporation’s key attorneys after the billionaire unhappily suspected the lawyer’s fingerprints were all over internal documents related to Twitter’s attempts at censorship and deception.

James Baker (pictured above) was employed as deputy general counsel at the social media company until Tuesday when, according to a tweet from Musk, the attorney was “exited” from Twitter headquarters.

“In light of concerns about Baker’s possible role in suppression of information important to the public dialogue,” Musk announced, “he was exited from Twitter today.”

After gaining ownership of Twitter in late October, Musk ruthlessly slashed its workforce nearly in half within days. Some of those fired workers included lazy employees who failed to come to work – ever – as well as some prominent executives who resented the new owner and would have worked behind Musk’s back to ruin him. But the exit of Baker is unique because of where he worked before heading to Twitter’s headquarters: the Federal Bureau of Investigations. 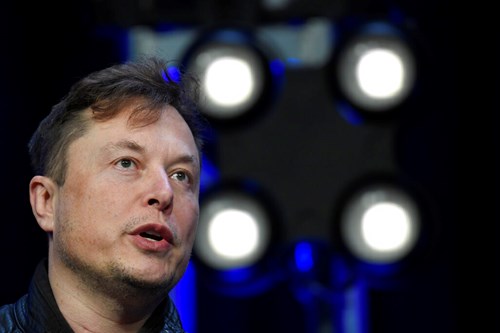 In his key role at the Department of Justice, it was belatedly learned Baker's fingerprints were all over the  Russian “collusion” investigation that dogged Donald Trump and his allies going back to his presidential campaign. In just one example, Baker admitted to a closed-door House committee he was involved in obtaining the FISA warrant to spy on Trump campaign aide Carter page.

Those allegations energized Trump-hating Democrats and dogged President Trump until it was finally revealed in December 2019 it was the FBI that had colluded -- or "lapses" according to an inspector general investigation -- but the damage to Trump and his presidency had been successfully accomplished. 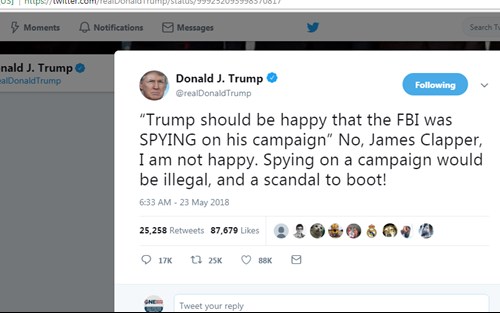 With a federal investigation now uncovering the wrongdoing against Trump, Baker quit his job at the FBI and landed in an executive office at Twitter in June 2020. He started work there just three months before The New York Post, which broke the story of the laptop, was locked out of its own Twitter account.

But what got Baker fired this week was for intercepting and reviewing the so-called “Twitter files” that Musk released to the public. The corporate attorney is accused of doing so behind the back of the new boss, who called the attorney into his office to answer some questions.

According to Musk, recalling that conversation, Baker's explanation was "unconvincing."

“That's just malpractice. It's unethical behavior,” talk show host Jeff Crank tells AFN. “You're being paid by Twitter and then all of a sudden, he's deciding that it's more important to either protect his name or the FBI.”

The far-left national media is using every deceitful tool of the trade to ignore the allegation Joe Biden and son Hunter enriched themselves at the expense of their own country, but the national newspaper that exposed the laptop scandal is also explaining how deep the scandal goes.