Subscribe
Cable network dropping the left-wing script? This is CNN?

Cable network dropping the left-wing script? This is CNN?

Ratings-challenged CNN is operating under new leadership with a new goal to move away from the left-wing bias, and a media watchdog that documents the cable network’s left-wing hysteria says its liberal hosts are on notice.

Axios is reporting the new head of CNN, Chris Licht, wants to push the newsroom toward fact-driven coverage rather than left-wing discussions. In light of that, Licht is evaluating the on-air hosts who routinely spout those left-wing talking points that defend and praise Democrats and trash Republicans.

Responding to CNN’s new direction, Curtis Houck of the Media Research Center says the new CNN boss is attempting to return the once-respected cable news network to its glory days under Ted Turner. The way to do that, he says, is to return to the political center. 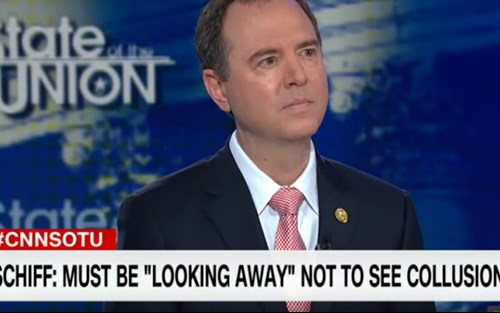 Fox News is hands down the leading cable news outlet, which is an understatement considering the small audiences that tune in to CNN and MSNBC. CNN is now lagging far behind MSNBC in primetime audience, The New York Post points out. In May, Fox was watched by 2.27 million during those crucial evening hours while MSNBC was watched by 1.02 million. CNN failed to hit one million viewers: 660,000 were watching, the Post said.

The runaway influence of Fox News has made it a frequent target of the unhappy, message-controlling Left, which attacks its right-wing hosts and mocks its audience instead of duplicating the new network’s famous “fair and balanced” approach to news.

According to the Axios story, CNN show host Brian Stelter (pictured at top) is being watched closely by his new CNN boss. That is because Stelter, the supposed media critic, is seemingly obsessed with Fox News but ignores left-wing bias, and his bias reflects poorly on the network.

Houck says the new direction at CNN might be a difficult task for the Trump-hating, Democrat-loving hosts but, he says, there is a big paycheck at stake.

“When it depends on your livelihood,” Houck predicts, “I think a lot of people are going to try and make it work.”

It's TikTok with the block! (3 dozen and counting)

It's not uncommon for a center-right operation to be censored on social media, but one organization has been censored 36 times … this year … on TikTok alone.