It's safe to say the "legacy media" – a.k.a., mainstream media – is freaking out about Elon Musk taking over Twitter. The reason? At least one popular talk-show host thinks it's because they're about to be found out.

Billionaire entrepreneur Elon Musk has been upfront about his plans for Twitter. He says even after plunking down $44 billion, it's not about the money:

Musk: "Having a public platform that is maximally trusted and broadly inclusive is extremely important to the future of civilization."

One might think that American media outlets would be in favor of more free speech – but that's plainly not the case:

Author and radio talk-show host Mark Levin, speaking on Fox News, says over the last several decades the mainstream media has been nothing more than a mouthpiece for the most radical of politicians and policies. 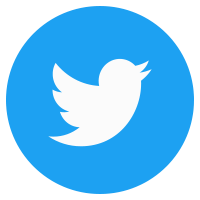 "Obviously Twitter was on the side of the hard Left – [and] that's why they're so upset over there at 'MSLSD' and other networks like that," he stated.

Levin continued: "The Marxist Left in this country – which is heavily represented by so much of the corrupt media – they don't want to debate. That's why they hate Fox, they hate conservative talk radio, they hate Republican presidential candidates – and now they hate Musk."

But Levin suggests the real reason the establishment media oppose the deal is because it is likely to expose the biggest election fraud scandal in U.S. history.

"We all wanna see now, Martha, the algorithms that were used by Twitter," he told Fox host Martha MacCallum. "We want to see what was used in the 2020 election. We want to see what's going on here." (See interview below)

"… Musk's first moves at Twitter must be to release information about the prior practices of Twitter – a sort of truth and reconciliation commission; to make any new algorithms far more transparent; and to fire employees who object to such practices, of whom there are many." (Read entire Shapiro column)

AFN reported on Wednesday that OutKick's Clay suspects current Twitter employees have already begun to pull back some of the "guardrails" that were rigged in favor of the Left because they're worried Musk may publicize some of those algorithms when he takes control.

For years now, talk radio has been about the only medium where conservative thought flourishes, seemingly beyond the reach of liberals and the cancel culture. But that could be changing.