Popular podcast host Joe Rogan is facing growing backlash over his show guests that have questioned the COVID-19 vaccine.

The American public is witnessing a war over news and information, more precisely a fight about who has the right to bring it to you, involving popular podcaster Joe Rogan; the streaming service that carries his show; and a growing army of well-known names who want him punished for spreading “misinformation” about COVID-19.

Rogan, who has an exclusive contract with Spotify, has an estimated 11 million daily listeners to his “Joe Rogan Experience” show. On the program, he interviews guests for hours in a low-key, back-and-forth format that is famous for digging beyond superficial questions and canned answers. Rogan’s 2018 interview with billionaire Elon Musk, who smoked marijuana and talked about space exploration, has garnered nearly 40 million views to date.

On New Year’s Eve, Rogan sat down for more than three hours with Dr. Robert Malone, the pioneering researcher behind mRNA technology. Malone has become an outspoken critic of the COVID-19 shots from Pfizer and Moderna that utilized messenger RNA technology to manufacture the vaccine. During the episode, Malone slammed the COVID shot as “experimental” and suggested natural immunity is superior to getting the vaccine, among other claims and warnings that Rogan’s huge audience heard but that angered many others.

Two weeks before that interview, Rogan had interviewed vaccine skeptic Dr. Peter McCullough, a well-known Texas cardiologist. He accused the U.S. government of pushing vaccines over other treatments to generate fear among the public. In that interview, McCullough also used a controversial phrase – “mass formation psychosis” --- to explain how a majority of his fellow physicians are pushing the COVID-19 shot and only a few are warning about its rushed lab studies and documented effects, and pointing to its waning efficacy.

YouTube drew attention to both interviews when it removed them from its website, and now Rogan is facing a backlash at Spotify itself after ailing rocker Neil Young threatened to pull his music from the streaming service if Rogan remained. Spotify responded by removing Young’s music itself, which delighted Rogan’s defenders, but now folk singer Joni Mitchell and guitarist Nils Lofgren have pulled their music to protest Rogan, too, Fox News reported.

Rogan, who supported far-left senator Bernie Sanders for president, is being defended by conservatives and “red-pilled” liberals in his current fight to defeat the left-wing mob that is attempting to end his career.

“They aren’t upset with Joe Rogan because of his COVID-19 perspective,” author-speaker Ben Shapiro commented about the controversy. “They’re angry at him because he talks with people they hate.” 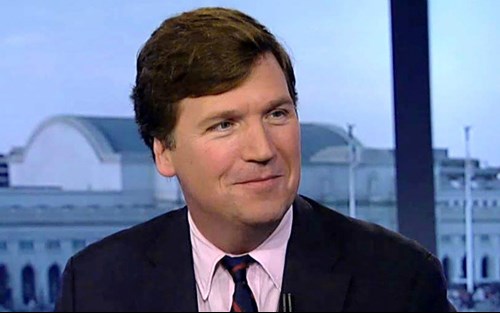 Just how big is Rogan’s audience? A graph from 2021 showed his “Experience” podcast trouncing the most-watched face on cable news, Tucker Carlson. Carlson’s late-night show is leading all other Fox News shows, which are easily trouncing CNN, but Carlson's leading show -- which is also a target of the Left --averaged 3.2 million nightly viewers last year.

Spotify, facing scrutiny over Rogan’s show and watching its stock value dip, released a lengthy announcement describing its plan to add a “content advisory” to podcast episodes that discuss COVID-19. Listeners will also be directed to COVID-19 information that is “data-driven facts” and has “up-to-date information” about the virus and vaccines.

At almost the same time Spotify released that statement, Rogan released a 10-minute video in which he said some people have a “distorted perception” of his show and his interviews with guests. Those guests, he said, often have opinions that are different from the “mainstream narrative” many people hear.

“The problem I have with the term ‘misinformation,’ especially today,” Rogan said, “is that many of the things that we thought of as misinformation just a short while ago are now accepted as fact.”

Despite defending his show and its format, Rogan apologized to Spotify for the backlash he has created and vowed to work harder on balancing topics.

At the White House, press secretary Jen Psaki told reporters this week Spotify's decision to include warnings was a "positive step" but she insisted more should be done to fight "misinformation."

“You think about major newsrooms like CNN that have health departments, and desks, and operations that work hard on verifying information on COVID-19,” Stelter complained. “And then you have talk show stars like Joe Rogan who just wing it, who make it up as they go along.” 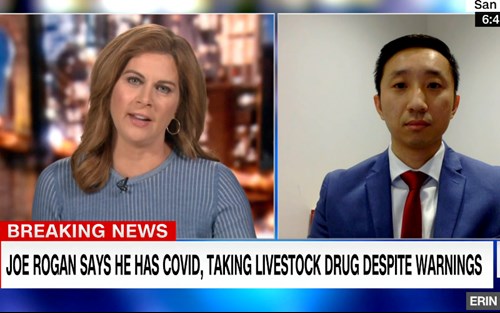 Rogan, an MMA announcer and a former comedian, is not a trained journalist.

CNN, however, was blasted by Rogan four months ago after its anchors falsely stated – more than once – that Rogan had taken horse dewormer, the veterinarian form of Ivermectin, when he was recovering from COVID-19.

Rogan said he got the human form of the medicine from a doctor, and pointed out the human version had won its developers the Nobel Prize, and he threatened to sue CNN for defamation over its repeated lie.

Responding to the backlash, a statement from CNN said the “heart of this debate” was not about Ivermectin but that a “powerful voice in the media” promoted an unproven drug.

The same statement never admitted CNN had wrongly accused Rogan of taking horse dewormer, which it did, but it did claim Rogan was upset from a "bruised ego."

A far-left teachers union is partnering with a left-wing journalism fact-checker to inform school children what is true and what is not, and a right-leaning media watchdog says the result of that collaboration is as predictable as adding 1 + 1.