A far-left teachers union is partnering with a left-wing journalism fact-checker to inform school children what is true and what is not, and a right-leaning media watchdog says the result of that collaboration is as predictable as adding 1 + 1.

This week, the American Federation of Teachers announced public school classrooms will soon have access to computer software provided by NewsGuard. The corporation, founded in 2018, describes itself as a journalism watchdog that flags “misinformation” in the news in an effort to better inform the public about what is reliable information.

NewsGuard maintains it is non-partisan but Dan Gainor of the Media Research Center says that claim is laughable after this week’s announcement.

“NewsGuard is openly liberal,” he insists. “And if you had any doubt about that, look who they just made a partnership with: the American Federation of Teachers, the far-left teachers' group.”

That national teachers’ union is led by Randi Weingarten, a longtime and loyal Democrat. She has become a news story herself over the last year, and Enemy No. 1 of frustrated, angry parents, when she pushed for schools to remain closed during the virus pandemic while claiming otherwise in public, The New York Post pointed out in a scathing editorial. 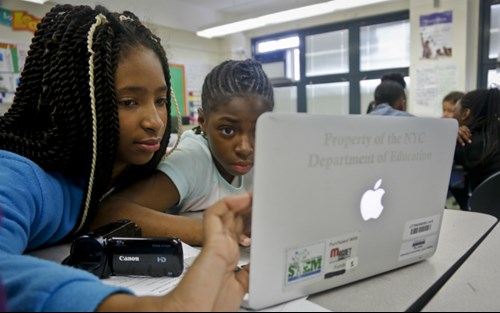 Now that the classrooms are opening, Weingarten is buying NewsGuard licenses for 1.7 million dues-paying teachers.

According to Weingarten, students will be able to “separate fact from fiction” and develop “critical-thinking” skills thanks to NewsGuard.

“They cut a deal with them,” Gainor says. “They want to jam NewsGuard into schools around the country.”

On its NewsGuard website, a ranking of the “Best and Worst” news websites of 2021 also reveals the nakedly biased views of the NewsGuard staff. The pro-Trump website “Gateway Pundit” and the pro-life website “Live Action” are listed among the 10 “least credible” news websites, even though neither claims to be an unbiased news services.

Among the top “Trustworthy” websites according to NewsGuard are NBC News, The New York Times, The Washington Post, and NPR --- all reliably liberal in their news coverage.

None of the "Best" websites listed by NewsGuard are opinion-based sites but the website by radio show host Wayne Dupree made the "Worst" list.

In its own story about the AFT-NewsGuard partnership, The Washington Free Beacon points out NPR publicly refused to report on the blockbuster allegations about Hunter Biden and his laptop emails. Steve Brill, a NewsGuard co-founder, also dismissed the allegations in the laptop Russian disinformation.

According to Gainor, the AFT-NewsGuard partnership means left-wing teachers and biased fact-checkers will work together to tell school children what is true.

“And your kids,” he warns, “are going to come out of school even more indoctrinated.”

Amazon is making a documentary about several popular Christian reality TV families and their connection with a Christian ministry. Early indications are that it will not be flattering.