Another day, another sitcom that mocks Christians and slanders God, this time in the form of a CBS sitcom that is checking all the Hollywood-approved P.C. boxes and mocking the same worn-out themes that have become low-hanging fruit going back generations.

Christianity and the traditional nuclear family have been a ripe and easy target for Hollywood going back to the 1970s. Before then, the Big Three networks had unhappily produced wholesome entertainment such as “Leave it to Beaver” and "The Rifleman" for American consumption. But the God-hating moral rot in Hollywood eagerly introduced the themes of "Three's Company" and “All in the Family” to America's unsuspecting living rooms instead.

The comedy, which premiered in 2019, checks off all the boxes: black lead characters, weak and dimwitted white men, and of course, the ridicule of Christians. In one recent episode, a young female comes out as lesbian so the Nigerian family calls in their pastor for what looks like a coming exorcism for the young woman, Morenike.

“We rebuke the demon of gayness,” a pastor says as Nigerian relatives surround her. “Your child has strayed. Oh God, please give her the strength to find her way back to you.” 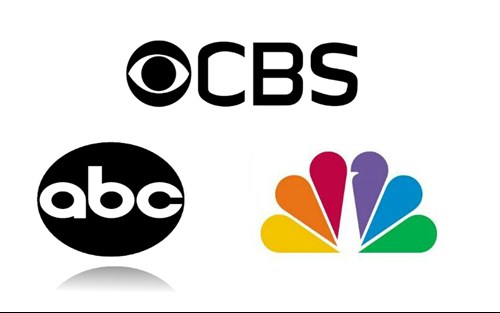 Then the pastor is interrupted by a skeptical Abishola, and by another character, who insist the pastor is twisting scripture about homosexuality.

“Leviticus says pork is forbidden,” the main character, Abishola, pushes back. “Have we not all enjoyed the sins of a ‘Baconator?”

Responding to that episode, Peter LaBarbera of Americans For Truth says that scene follows a standing talking point for homosexual activists who mock the Bible but also cite it if it helps them.

“This is a standard gay activist Bible trick that they've been using now for probably well over three decades,” he explains. “They are conflating the moral law with Old Testament dietary restrictions, and it's just preposterous.”

According to a Christian Post story about the episode, the episode's lesbian theme can be traced directly to series co-creator and writer Gina Yashere. She is a native Nigerian who is, predictably, an open lesbian, too.

Yashere, who was born in Great Britain, also plays the character "Kemi" on the show. In the season three episode, Morenike tells Kemi about her sexuality.

“Because I’m gay and my family is Nigerian,” Yashere told TV Line last year, “I know what it’s like.” 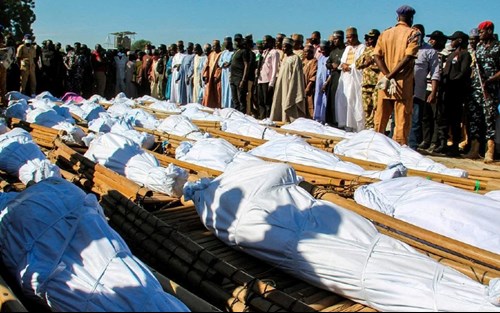 Yashere said homosexuals and lesbians can be arrested for publicly showing affection in her native Nigeria, where homosexuality is illegal, and many are tossed out of their homes for coming out, she said.

What is missing from the TV Line interview, however, is that Christians in Nigeria have been hacked to death (pictured at right), by the tens of thousands, by radical Islamic group Boko Haram.

CBS viewers will likely be waiting a long time before the TV show, which examines Nigeria's culture, directly blames Islam for innocent churchgoers being slaughtered.

In the TV Line interview, Yashere did blame white Christians for the problems in Nigeria. It was the British colonies, she said, that “forced” Christianity on Nigeria. Homosexuality was common practice going back hundreds of years, she claimed, before Christianity ruined the idea of tolerance in her native country.

Considering that Great Britain’s first colonies in Nigeria date back to the 1600s, somehow Yashere is claiming that history is to blame for a fictionalized fight over religion in a Detroit living room in 2022.

Supreme Court Justice Neil Gorsuch says he did not selfishly put Justice Sonia Sotomayor in jeopardy by refusing to wear a mask while seated beside her, a claim she seconds, but an NPR reporter claimed otherwise in a story that blew up.