The Washington Post keeps going back in time and amending five years of Russia-related accusations against Donald Trump after the truth has come out, and a media watchdog says the famous newspaper deserves credit for doing so but scrutiny for being fooled.

Scott Whitlock of Media Research Center says the Post, to its credit, is the only major news outlet that is reacting to headline-making indictments by Special Counsel John Durham by poring over its stories and making major changes.

“I think on the one hand it shows you can look at The Washington Post doing all these corrections about the Steele dossier and say good for them,” Whitlock observes. “However, as we all know, corrections don't get read.” 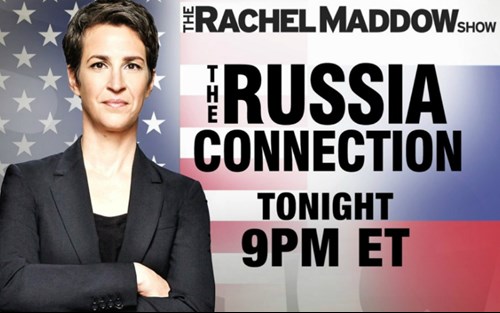 American Family News reported last week the Post edited at least two Russia-and-Trump stories from 2017 and 2019, but Fox News reports that number has climbed to more than 14 stories that have editor’s notes, a new headline, and entire paragraphs that have been removed.

All of that rewritten history comes after Durham and the Dept. of Justice announced criminal charges against three people, so far, who were major sources for the dossier. That document was delivered to Trump haters in the FBI and launched an investigation over claims Russia was blackmailing Trump, and therefore putting the nation at risk, by allowing “Putin’s stooge” in the White House.

It turns out, however, the Trump-hating media was the real stooge because it was acolytes for Hillary Clinton that planted claims about Russian prostitutes that became the dossier. When it was time to elaborate about those claims to an FBI agent, those men described what they knew and how they knew it, which amounted to innuendo and rumors. They also allegedly lied to the FBI about who they were working for at the time, because those ties led back to Hillary Clinton and her 2016 presidential campaign.

For those who have followed the Clintons for decades, the irony is rich that the media despised Donald Trump but they were manipulated and duped by the Clintons, who have has been using and abusing people for their benefit for 40 years while maintaining their innocence.

In 2017, when Trump was still learning his way around the White House, the Post changed its motto to “Democracy Dies in Darkness” in a not-so-subtle warning about the new president.

A new 'woke' at liberal Newsweek: Warning about authoritarian-like Left

How bad are things at CNN? So bad that the cable news network got lectured by liberal Newsweek about embracing “wokeness” over common sense and common decency.