A new 'woke' at liberal Newsweek: Warning about authoritarian-like Left

How bad are things at CNN? So bad that the cable news network got lectured by liberal Newsweek about embracing “wokeness” over common sense and common decency.

Batya Ungar-Sargon, a deputy opinion editor at Newsweek, appeared on the CNN weekend show “Reliable Sources” to warn host Brian Stelter that the Far Left is embracing radical ideologies. What is being left behind, she said, is fair debate and differing views.

Going back to about 2012, the Newsweek editor said, terms such as “white privilege” and “oppression” became routine words on liberal websites that were hoping to attract more online traffic from white liberal readers. Starting around 2015, white liberals started to have more extreme views on race than even the people of color that they were supposedly advocating on behalf of.

“Affluent white liberals, using the real pain of black Americans,” she said, “in order to withdraw from the common good and abandon the working class of all races.”

Examples of “wokeness,” she said, include calling for defending police departments and suggesting a merit-based education is a form of white supremacy.

White liberals pushed for literally punishing police departments by slashing their budgets, she explained, but most blacks oppose that. 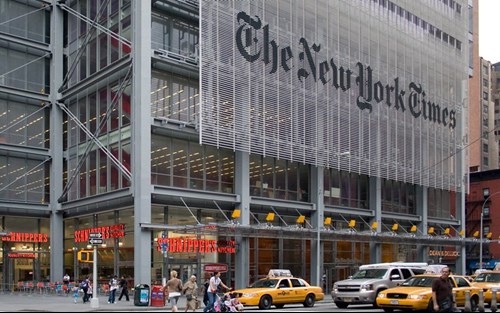 Stelter, whose show supposedly examines the state of journalism, helpfully demonstrated the bias Ungar-Sargon had been talking about when the topic moved to The New York Times, where the far-left newsroom has successfully purged itself of colleagues who fail to fall in line with the approved beliefs of the majority.

No, that is not what happened in that newsroom, Ungar-Sargon pushed back.

“They literally have imported these highly, highly specialized, radical academic ideas,” she warned. “ And if you don't hew to these very radical, specific, elite ideas, you get thrown out essentially.”

One real-life example of that purge is Bari Weiss. The Jewish op-ed writer was pushed out of the Times in 2020 over bitter disputes with her younger "woke" colleagues.

Media Research Center, the media watchdog, documented the Newsweek editor's appearance in a Newsbusters article that can be read here.

Reacting to the leaked documents from inside Facebook, the Associated Press appears to partially blame the social media giant for helping former President Donald Trump incite violence and anger.